Second-year student Zaria Spell has an ambitious plan to write a memoir and produce a documentary on African American heritage, including her own family, before she graduates. 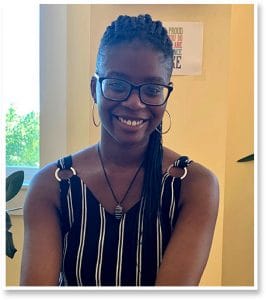 Zaria received her first introduction to filmmaking from her stepfather, who encouraged her to help edit the movies he made about the family’s adventures and vacations. In middle school she made her first solo project, a documentary about the history of the hijab, which made it to the Florida State History Fair. 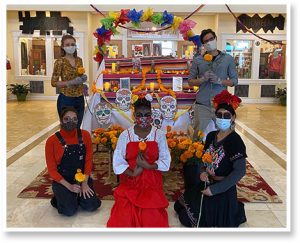 Like many students, Zaria discovered MIU on Facebook and, after attending a Visitors Weekend in April 2019, she enrolled in the fall. “The practice of meditation, healthy food, and diverse student body were all features that spoke to me,” she said. “I love having the support of a spiritual environment that has allowed me to blossom and explore my talents.” She feels the class in memoir writing she took with Professor Nynke Passi has been especially instrumental in building her confidence as a writer.

Zaria is pursuing the BFA program in creative writing and a minor in cinematic arts and new media. She enjoys discovering her talents and applying them to her various creative projects. Her long-term goal is to highlight cultural and social issues that do not get adequate attention. 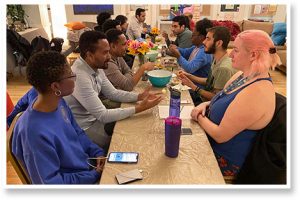 The practice of the Transcendental Meditation® technique has helped Zaria in her self-awareness and creativity. “It’s the easiest meditation I have ever done,” she said. “It’s so incredibly simple and I love that.”

In addition to writing and filmmaking, Zaria enjoys reading, dancing, and singing, and in her free time she dabbles in astrology and other methods of self-exploration. Since last May, she has also served as cultural committee president of the MIU Student Government.