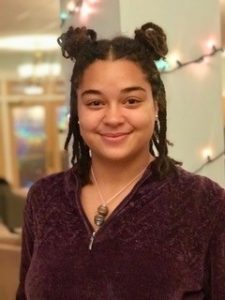 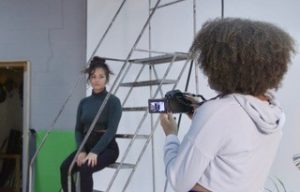 Filming an actress for her senior project 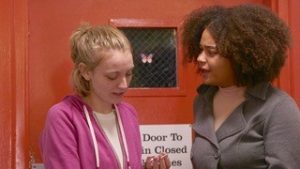 With a friend acting in her senior project video

Shareen Joseph from Northern Virginia earned an associate degree from a local community college and was seeking to earn an undergraduate degree when she saw a Facebook ad for MIU.

“Consciousness-Based education caught my eye,” she said. “I had never heard that term in the form of higher learning. Then I went to the website and there was meditation, vegetarianism, natural medicine, and private dorm rooms. These were very different from any other college I was researching.”

Shareen came to a Visitors Weekend in December 2017, fell in love with MIU, and enrolled in January the next year. Shareen loves performing and being on stage, so at MIU she has acted as host and MC for multiple events, including Visitors Weekends and award ceremonies. She has also been an event planner as part of her work-study position with Student Activities, and served as a residential advisor for her dorm. Shareen feels that her experiences have facilitated both her personal and professional growth.

“I have really learned how to stand on my own and how to integrate myself into my community in ways that feel true to me,” she said. “I have gained a lot of skills that I wouldn’t have learned at a bigger college, where there is more competition.”

Shareen graduated with a bachelor’s degree in cinematic arts and new media in December, and she feels confident in finding jobs in videography. “I think it is cool that I am graduating college and I have the skills to make a living.”

Shareen loves making videos and is excited about their potential for marketing. For her senior project she made a short biographical video about her experiences at MIU. She also has a YouTube channel where she shares her insights about personal growth.