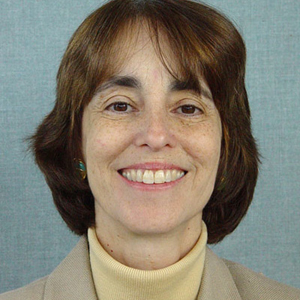 Dr. Rachel Goodman has taught many courses in Maharishi’s approach to government and world peace through development of collective consciousness, as well as several courses in career strategies and communications skills.

She has completed seven research studies on trends in government and quality of life; authored several papers on government trends, collective consciousness, and world peace including two in the conference proceedings of the Midwest Political Science Association and the American Political Science Association; edited or co-edited three books of theoretical and research studies including Consciousness-Based Education and World Peace, Consciousness-Based Education and Government (both published by MUM Press), and The Transcendental Meditation Program in Criminal Rehabilitation and Crime Prevention published by Haworth Press. She also has a chapter in the book, Perspectives on Human Security: National Sovereignty and Humanitarian Intervention, published by the Canadian Peace Research and Education Association.

She is co-editor of a book of theoretical and research papers on Maharishi’s Consciousness-Based approach to crime prevention and criminal rehabilitation: Transcendental Meditation in Criminal Rehabilitation and Crime Prevention, published as a special quadruple issue of the Journal of Offender Rehabilitation (Vol. 36, Numbers 1/2/3/4, 2003) by Haworth Press, and has a chapter in the book Human Security published by the Canadian Peace Research and Education Association.

Dr. Goodman’s PhD looked at the impact of the Maharishi Effect on government variables, including Presidential Approval Ratings, Congressional Bipartisanship, and International Relations. She has been on the faculty of the University since 1997.

Rachel and her husband, Dr David Goodman, have been teaching the Transcendental Meditation® program for over thirty years, having obtained their teaching credentials from Maharishi Mahesh Yogi in Fiuggi, Italy in 1972.

PhD, Maharishi University of Management, PhD Dissertation title: The Maharishi Effect and Government: Effects of a National Demonstration Project and a Permanent Group of Transcendental Meditation and TM-Sidhi Program Practitioners on Success, Public Approval, and Coherence in the Clinton, Reagan, and Bush Presidencies.