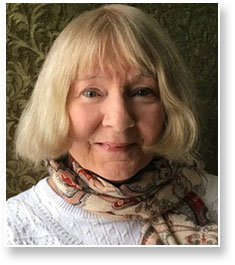 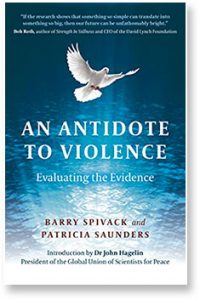 The cover of An Antidote to Violence 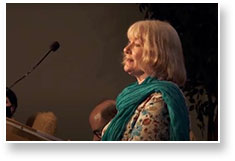 Patricia Saunders received her PhD degree during the 2020 MIU graduation ceremonies and an Outstanding Student Award in the Maharishi Vedic Science department.

“I gained such very deep insights into Veda and Vedic literature from the professors that I really never looked back,” said Patricia. Her PhD dissertation researched and documented her experiences of higher states of consciousness while reading the forty branches of the Vedic literature in sequence, as designed by Maharishi, in conjunction with her practice of the TM and TM-Sidhi® programs during the Invincible America Assembly.

While working on her thesis, Patricia also coauthored the book An Antidote to Violence with Barry Spivack. The book examines 20 peer-reviewed studies of the Maharishi Effect and how it reduces societal tensions.

Although Patricia has given up her musical career, in her free time she has composed several orchestral and choral pieces which were performed in Iowa. She also had two of her plays performed in Fairfield, while another received an honorable mention in a Writers Digest competition for stage plays. In addition, her poetry has been published in several online journals.