New Study on TM and PTSD Published in The Lancet Psychiatry 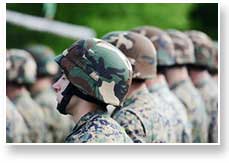 PTSD affects 10 to 20 percent of veterans

Findings indicated that 61 percent of the veterans assigned to learn and practice the TM technique experienced clinically meaningful improvement in PTSD symptoms, compared to 42 percent with prolonged exposure therapy, and 32 percent with health education. Clinically meaningful improvement is defined as a reduction of 10 or more points on the CAPS PTSD scale. (see larger view) 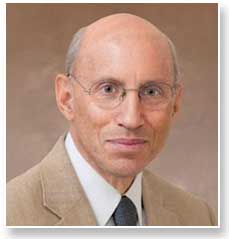 Sanford Nidich, EdD, director of the Center for Social-Emotional Health and Consciousness at Maharishi University of Management Research Institute

Major news outlets around the world covered the findings. The Associated Press (AP) story was picked up by The New York Times, The Washington Post, NBC News, and ABC News.

The randomized controlled trial assigned a total of 203 veterans at the VA San Diego Healthcare System to prolonged exposure, Transcendental Meditation, or health education control groups. Each treatment provided 12 sessions over 12 weeks, with daily home practice. The objective of the study was to compare TM to prolonged exposure in a non-inferiority clinical trial, and to compare both to an attention control of health education.

“PTSD is a complex and difficult-to-treat disorder that affects 10 to 20 percent of veterans,” said Sanford Nidich, EdD, director of the Center for Social-Emotional Health and Consciousness at Maharishi University of Management Research Institute and the study’s principal investigator. “This trial provides evidence that Transcendental Meditation, a non-trauma-focused therapy, is a viable option for decreasing PTSD symptoms in veterans. The availability of an additional evidence-based PTSD therapy will benefit patients both by offering them a greater range of first-line treatment options and by serving as an alternative treatment strategy for those not responding to exposure-based PTSD therapy.”