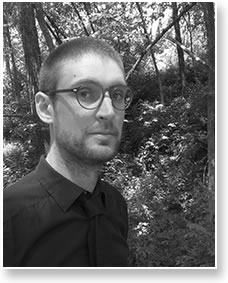 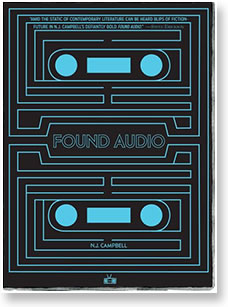 The cover of Found Audio 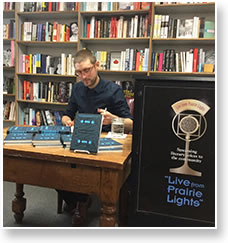 MUM alumnus Nathaniel Campbell’s debut novel is number one on the Chicago Tribune’s ultimate summer reading list. Found Audio, published by Two Dollar Radio, was called a “bona fide literary page-turner” by Publisher’s Weekly. “I am very surprised and very grateful,” said Nathaniel of all the praise and national attention the book has received.

The publisher describes the book as a cerebral thriller that takes readers on a journey around the globe in search of the legendary City of Dreams, based on a series of mysterious audio recordings by an adventure journalist.

During the past six years, by day Nathaniel served as manager of the MUM Press Marketing office; by night he worked as a devoted fiction writer. He grew up in Rockford, Illinois, in a blue-collar family that appreciated the arts. In their free time, his parents pursued their creative callings and Nathaniel learned the model he is following today. “A job was what you did for money and a vocation was the thing you did because you loved it,” he said.

Nathaniel graduated from MUM in 2008 with a BA in literature, and during his first year decided that he would try to become a published author. The stress-free lifestyle and the block system allowed him to follow that dream. He began to study other writers’ works methodically and practice his craft diligently.

The Transcendental Meditation® technique was also helpful, as it made him feel more rested and less anxious. “I have been meditating for 25 years,” Nathaniel said. “TM helps directly with writing. It would be much more difficult to focus without it.”

His short stories have been published in literary journals since 2012. His persistence and a decade of practice paid off when Two Dollar Radio accepted his manuscript. “I think success is when you enjoy what you are doing,” said Nathaniel. “The rest is luck.”

Found Audio is sold in independent bookstores nationwide and on Amazon.