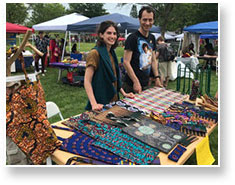 The first annual Solis Festival in 2018 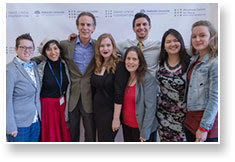 Karen, now starting her fifth year with Student Government, serves as active alumni advisor along with Cris. Several other students in recent years also served on Student Government for multiple years, providing continuity. The result has been a more knowledgeable and empowered Student Government that can serve the student body more effectively.

“Student Government members are gaining self-confidence and leadership skills,” said Karen. “They are learning how to deal with different situations, speak up for other people, run meetings, work as a team, and communicate with administrators.”

The goal of Student Government is to improve students’ experience outside the classroom. One of the recent developments is the growth of student club activity. According to Cris, student clubs help build community, which is one of MUM’s eight core values. “Clubs create a sense of belonging, which is key to the longevity of a community and improved retention rates for the university,” said Cris.

Student Government has also created several new traditions, such as the annual Solis outdoor festival, and the ChangeMakers Month. In addition, they arranged to provide evening meals for Muslim students during Ramadan, facilitated the establishment of a student garden, and helped the student club Queer Coalition introduce gender inclusive housing and bathrooms. In addition, Student Government has helped ensure that students can comfortably practice the Transcendental Meditation® technique.

“Students join Student Government because they see others becoming leaders and making changes to improve our campus,” said Karen. “They want to be a part of that.” Student Government’s goal for this year is to organize cultural events that showcase the diversity of campus.