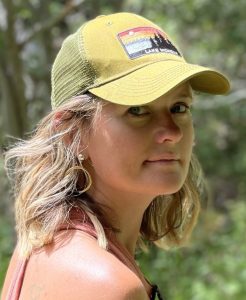 Jennifer O’Laughlin graduated from MIU’s online MBA in Leadership and Workplace Conflict Resolution Program this June and has already applied the communication and negotiation skills she acquired in her own business.
Jenny holds a bachelor’s degree in French, Spanish, and international comparative politics from Western Michigan University. She became passionate about practicing Yoga as a teenager and, in 2000, she became a certified Bikram Yoga teacher. In 2007 she founded Thrive Hot Yoga with her husband, Ian O’Laughlin, in Detroit, Michigan. Their mission is to “create positive transformation in their community and a peaceful, healthy planet.”
Jenny learned about the Transcendental Meditation® technique from Ian and began practicing soon after. They both became TM® teachers in 2009 and taught the TM technique in Detroit schools with the David Lynch Foundation. 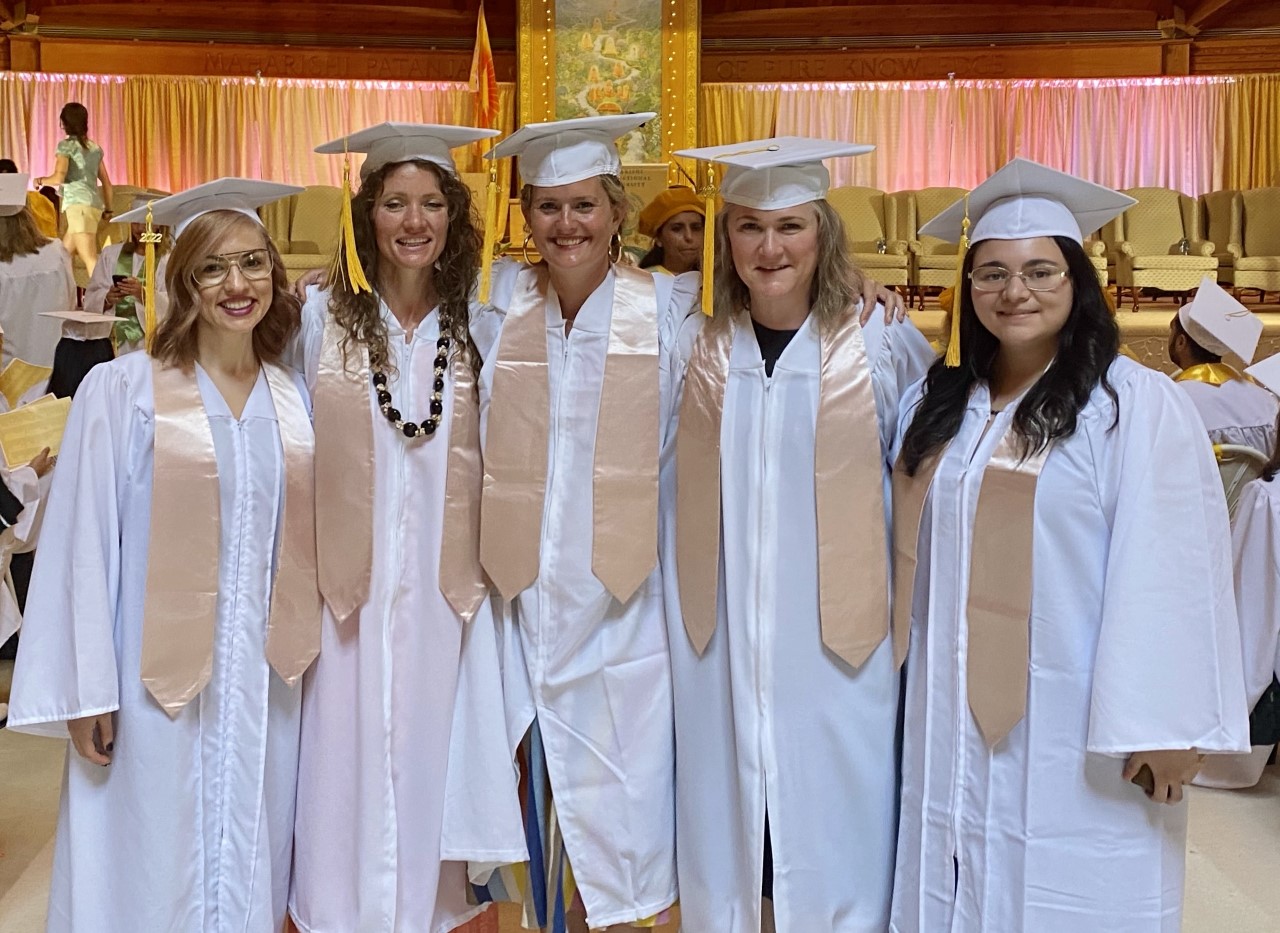 Jenny (in the center) at her 2022 MIU graduation

Jenny and Ian now have two young children, and for several years Jenny was a full-time mom. Two years ago she decided to get a master’s degree. She has always been interested in conflict resolution and leadership, and MIU’s online part-time program allowed her to get a degree while continuing to raise her family and manage their business.
“What I learned in this master’s degree is information everyone should know,” she said. “I got so much more out of it than I thought; I learned a lot about human interaction.” 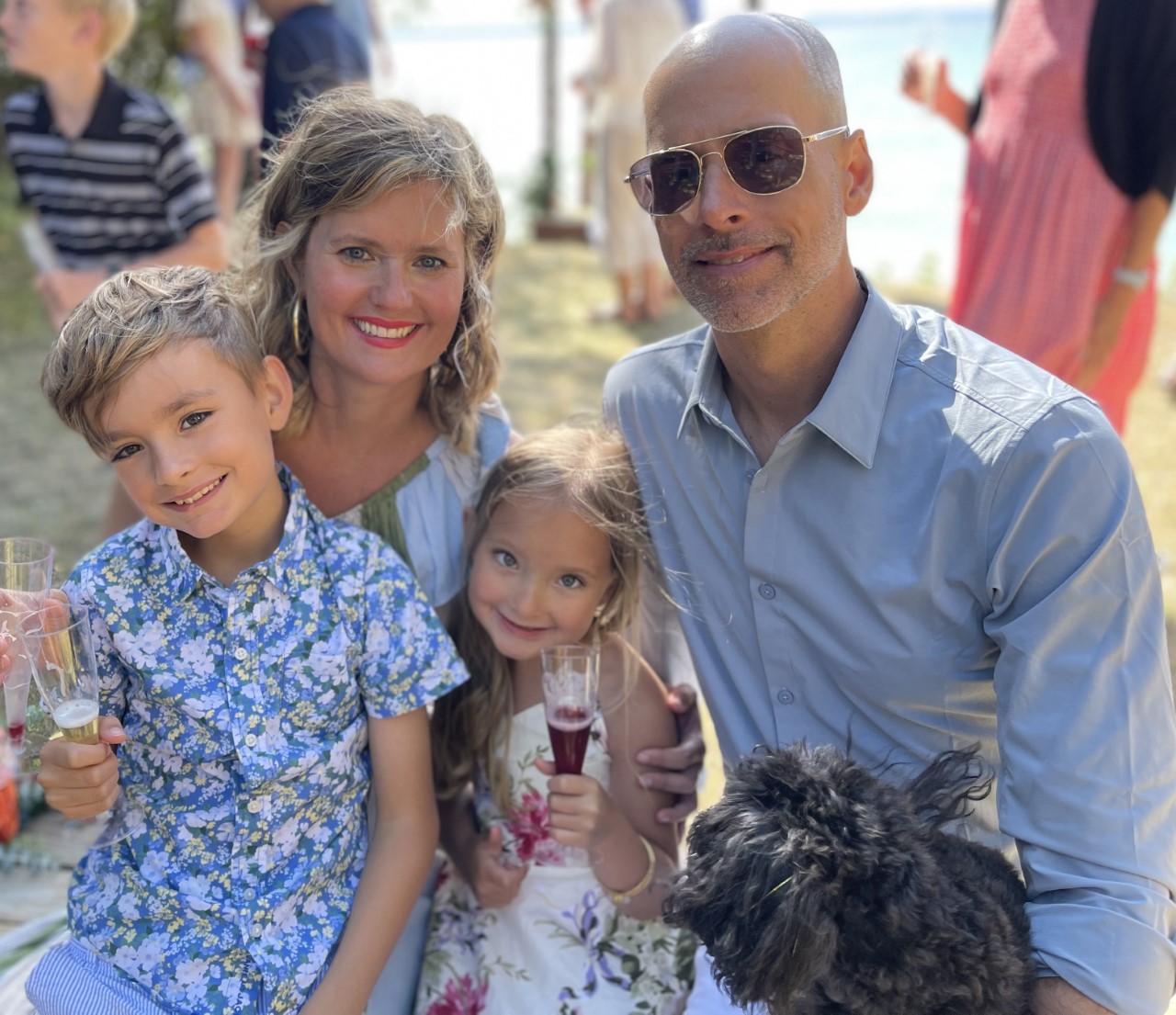 With husband Ian and their two children

Jenny learned that most conflict arises when employee roles and goals are not defined clearly. For her senior capstone project, she wrote an employee handbook, which she is in the process of implementing. She has also created a video for her employees on how to handle difficult people, and a four-part video tutorial for Yoga teachers on using interpersonal skills to become better teachers.
Jenny would like to gain more experience in workplace conflict resolution and develop a consulting practice.