Sheep grazing under the solar panels

“Sheep are my favorite livestock,” said Emily. “They are easy to manage and they don’t damage the solar panels.” The sheep have enough grass to eat on the five-acre lot, and all Emily has to provide is water, which she delivers with a water truck twice a week.
“We are very pleased with the results of this summer grazing project,” said Tom Brooks. “Emily is very knowledgeable and the sheep eliminated a tough mowing job. This is certainly a low carbon sustainable alternative to mowing 4-5 times a year.” 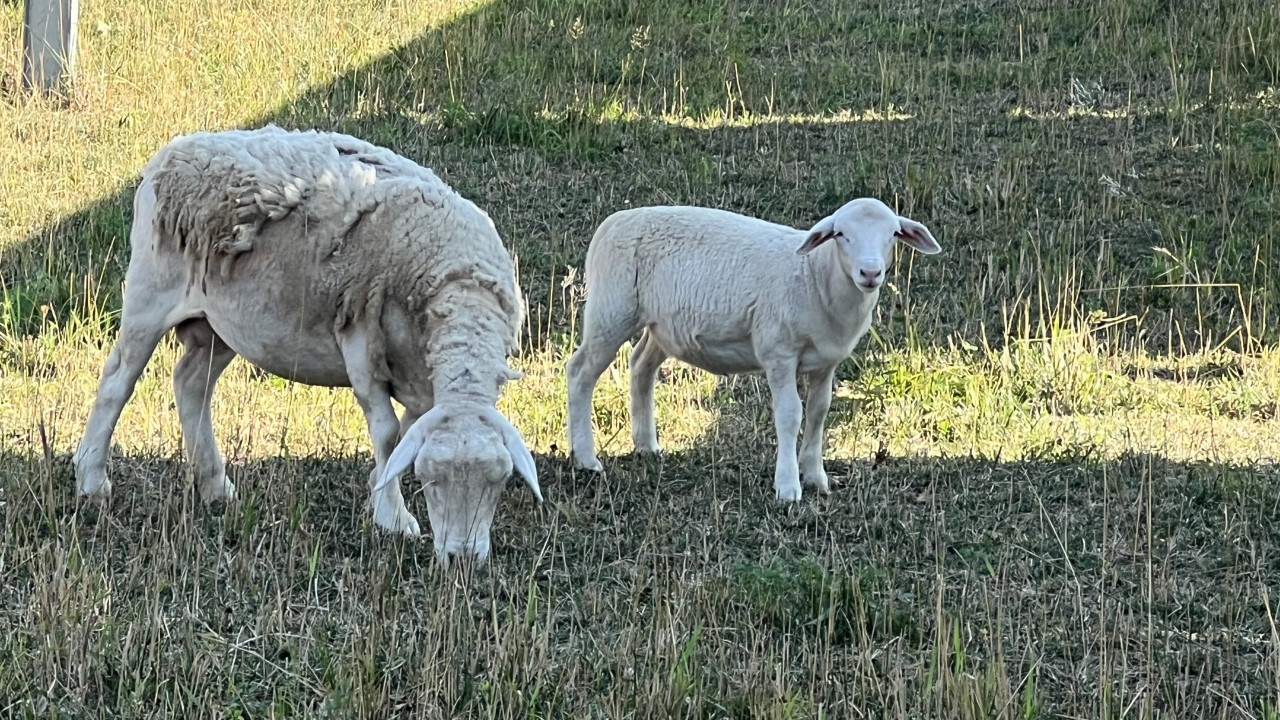