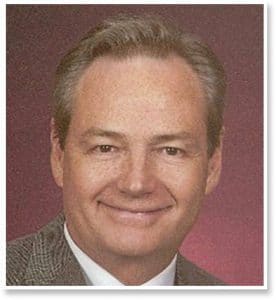 “This book systematically probes deep into the relationship of matter, mind, and consciousness to provide bridging concepts between Maharishi’s re-clarification of ancient Vedic Science and his work with modern science,” said Dr. Boyer. 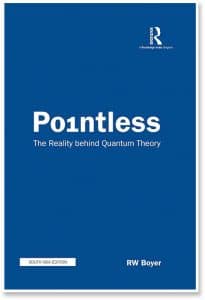 The cover of Pointless: The Reality Behind Quantum Theory

Robert Boyer earned a bachelor’s degree in psychology from UCLA, became a teacher of the Transcendental Meditation® technique, and completed a master’s degree in the Science of Creative Intelligence® at Maharishi European Research University in Switzerland. After earning his doctorate in cognitive psychology at the University of Oklahoma, Dr. Boyer joined MIU as a full-time faculty member, teaching in the psychology and neuroscience programs. During the past 30 years, he has worked in community mental health and private practice as a psychologist in the southeast Iowa area.

Dr. Boyer has been an avid researcher of Maharishi Vedic ScienceSM and has published numerous journal articles. Pointless is his fourth book exploring the consciousness-mind-matter relationship from the perspectives of modern science and Vedic Science.

His second major field of interest and expertise is communication. “The two things most needed are development of consciousness and development of communication skills,” said Dr. Boyer. “Healthy communication is one of the most important tools for good family and work relationships and a key aspect of mental health counseling that is much needed in today’s world.”

Dr. Boyer has also written three books on a systematic approach to communication, which focus on the relationship between heart and mind, drawing from Maharishi’s translation and commentary on the Bhagavad Gita. He now serves as adjunct faculty and consultant with MIU, teaching classes in communication skills. You can find out more about his work on his website at bridgetounity.com.