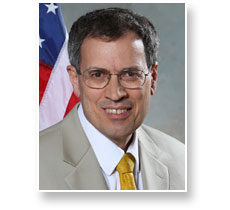 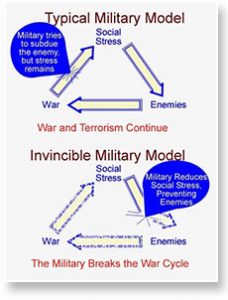 The Invincible Defense Technology applied to the traditional military model 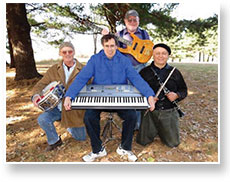 MIU alumnus David Leffler is a founding member and executive director of the Center for Advanced Military Science(CAMS) at MIU, and has published over 2,000 articles worldwide on Invincible Defense Technology (IDT) and the Transcendental Meditation® program. His recent article on Russia/Ukraine tensions, (18 December 2021). Putin, Permanently Keep Your Warriors on Ukraine Border., has been published in 24 locations worldwide.

Dr. Leffler began his career as a musician and, while serving in the US Air Force, he played with various Air Force bands helping with recruitment, entertaining troops, and representing the US around the world. He earned a BA in education from MIU in 1985, a Masters of Music from New Mexico University in 1987, and an MA in the Science of Creative Intelligence® from MIU in 1989.

While taking the TM-Sidhi® course, Dr. Leffler heard a lecture by Maharishi Mahesh Yogi about the Vedic approach to military defense. He became inspired to use his experience in the US Armed Forces and his interest in the Science of Creative Intelligence to study Maharishi’s technologies for invincible defense. He joined CAMS and completed a PhD degree in Consciousness-BasedSM military defense at The Union Institute & University in Cincinnati, Ohio.

Over the past 20 years, he has been promoting the TM®technique as a means of stress reduction, conflict resolution, and relief from post-traumatic stress disorder. In addition to publishing articles, he has spoken at military-related institutions in the US as well as in Russia and South Korea.

“There have been over 50 studies done on the Maharishi Effect,” said Dr. Leffler. “I try to get the word out and make military leaders aware of these studies and their implications.”

Dr. Leffler has not given up playing music and has performed with the Dave Leffler Jazz Quartet in Fairfield, as well as with his wife Arlene. He has also found that playing music has helped him connect with military leaders around the world. “Music helps me promote TM,” he said. “You can reach people’s hearts through music.”