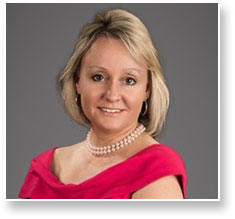 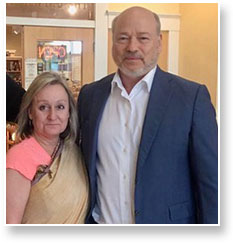 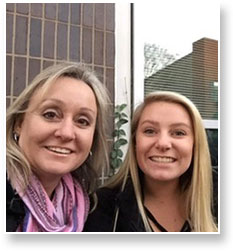 Diane Marie St. Ange has worked in medical administration for 20 years and now is a medical coder at a large insurance company in Louisville, Kentucky. She is also pursuing an MBA degree online via MUM Distance Education.

Diane is a seasoned online student. She earned her undergraduate degree in communications and business online from Southern New Hampshire University. Diane has also been interested in yoga and meditation, and in 2016 she read about the Transcendental Meditation® technique. She became intrigued, did some research, and a few weeks later learned the TM® technique at her local Transcendental Meditation Center. Soon she had two of her three children also learn the TM technique.

“TM is amazing,” she said. “It makes life so much easier. I am watching myself get healthier as I practice.” Diane is a single mother who works full time and maintains a straight A average. She even had the time to complete a 200-hour yoga teacher certification last year while doing the MBA program.

Diane started MUM’s online MBA program a year ago and was excited to participate in Consciousness-BasedSM education and study principles of Maharishi Vedic ScienceSM incorporated in the business curriculum.

She also enjoys being part of a live class three times a week, when she and her fellow online students join the on-campus MBA class via web conferencing. “I think it’s important to be able to engage with professors, especially at an MBA level,” she said. “This is missing from most MBA programs I have researched.”

Diane appreciates the exposure to international students and faculty at MUM. Whenever she can, she drives to Fairfield for the weekend to participate in class and meet her classmates from around the world. In the summer of 2019 she also learned the TM-Sidhi® program.