Christopher Smith—Exploring The Permanence of Structures

MIU alumnus Christopher Smith graduated from the University of Massachusetts’ MFA program in ceramics this August and is currently working for ceramic artist Chris Gustin in South Dartmouth, MA. 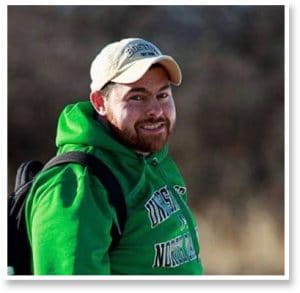 A native of Massachusetts, Christopher enjoyed making art as a child, but after graduating from high school he put aside his dream of becoming an artist. Nine years later he saw a Facebook ad for MIU, attended a Visitors Weekend, and enrolled within a month. 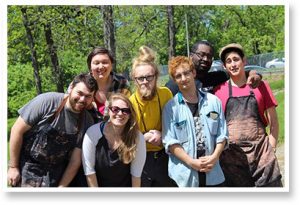 Christopher had been interested in meditation and had tried a few techniques, but it wasn’t until he learned the Transcendental Meditation® technique that he found what he was looking for. “It was such an automatic process, very profound, immediate, and enjoyable,” he said. 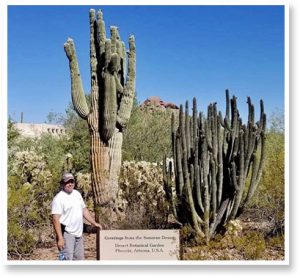 He decided to major in Maharishi Vedic ScienceSM, and spending time at MIU rekindled his love of art. He completed a second major in the BFA program and graduated in 2016.

“Having consciousness as the basis of education is important,” he said. “I have always been a good student, and I always enjoyed learning, but I never really enjoyed school. Seeing the difference at MIU made me hopeful and I was willing to try it. I really loved it.” 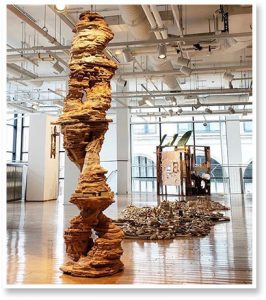 Christopher’s sculptures at his MFA exhibit

At the University of Massachusetts Christopher volunteered as the president of the ceramics club. As a result of his work in the club, he received a scholarship to conduct field research in the canyons of New Mexico, Nevada, and Arizona, as well as historic sites like Chaco Canyon National Park. His research inspired some of the sculptures he created for his graduate thesis, which center around man-made and natural structures and how the timelessness of these structures creates a feeling of transcendence, permanence, and impermanence.

In the future Christopher would like to regularly visit art residencies and exchange ideas and techniques with fellow artists all over the country.