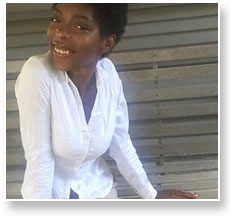 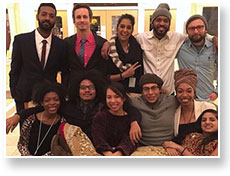 With fellow participants on the
TM-Sidhi course 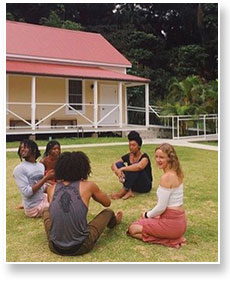 Chevonne Height, MUM Student Government president, was one of 100 undergraduate students to attend the recent Forté Women of Color College Leadership Conference in Washington, DC. The purpose of the conference was to empower women of color, and she was selected based in part on an essay she wrote.

Chevonne grew up in Chicago and for four years suffered from depression. After conquering her depression, she decided to get involved in student activities as a way to facilitate her social interactions. She founded student government in her high school and served for three years in various positions, culminating in the role of president her senior year.

Her experience with depression also made her passionate about combating social and emotional disorders. She created an annual peace day event at her school to protest the violence in Chicago and raise awareness about depression, anxiety, and PTSD among students.

When looking for a college, Chevonne wanted to focus on her personal growth, so when she saw an ad for MUM on Facebook, she applied. During her first semester, she completed the TM®-Sidhi program and plans to become a teacher of the Transcendental Meditation® program.

“I enjoy practicing TM,” she said. “It changed my interactions with others because it allowed me to be more open and more social.” She also said the Transcendental Meditation technique significantly improved her scoliosis.

Chevonne is creating an individualized major focusing on the social dynamics of consciousness as well as on the Vedic approach to mental health. With Student Government, she is working on several proposals for initiatives, including a five-acre habitat for bees and other pollinators near the new MUM solar array north of campus.

After graduating, Chevonne plans to write and speak about social, emotional, and behavioral disorders as catalysts for spiritual growth and open a chain of community centers to support people with these disorders.