Chas Zachar Heads to Hawaii with Teach For America 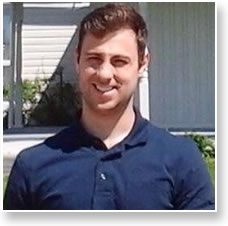 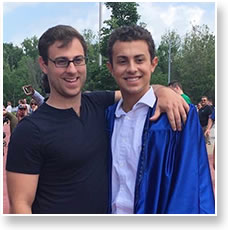 With his younger brother at his high school graduation

Chas Zachar, a native of Arizona, came to MUM because he became interested in learning the Transcendental Meditation®technique. As a former Waldorf school student, he was also interested in alternative education.

Chas enjoyed science, especially biology, and considered majoring in sustainable living, but decided to follow in his father’s footsteps to become a teacher. “I had a great experience working with the education professors here,” said Chas. “In my second education class, I was already leading lessons at Maharishi School.”

Chas applied to Teach For America (TFA), a national program that recruits teachers to work in underserved areas, and was one of the 10 percent of applicants accepted. He was also able to get placed in Hawaii, which is one of the most popular locations and therefore very competitive.

This fall he will head to Kona on the Big Island to teach high school science, math, and English. As part of the program, he has also been accepted into graduate school, and at the end of his two-year commitment he will have earned a master’s degree in education.

“We’re very proud of what Chas has accomplished,” said Paula Armstrong, chair of the Department of Education. “We know he has what it takes to be an outstanding teacher and have a powerful impact on his students, and we look forward to even greater success as his career unfolds.”

Chas says that people at Teach For America are intrigued by MUM and its unique approach to education. “The cutting-edge principles TFA is talking about are part of Consciousness-Based education, and have been here the whole time.”

Watch a video of Chas talking about his MUM experience here.