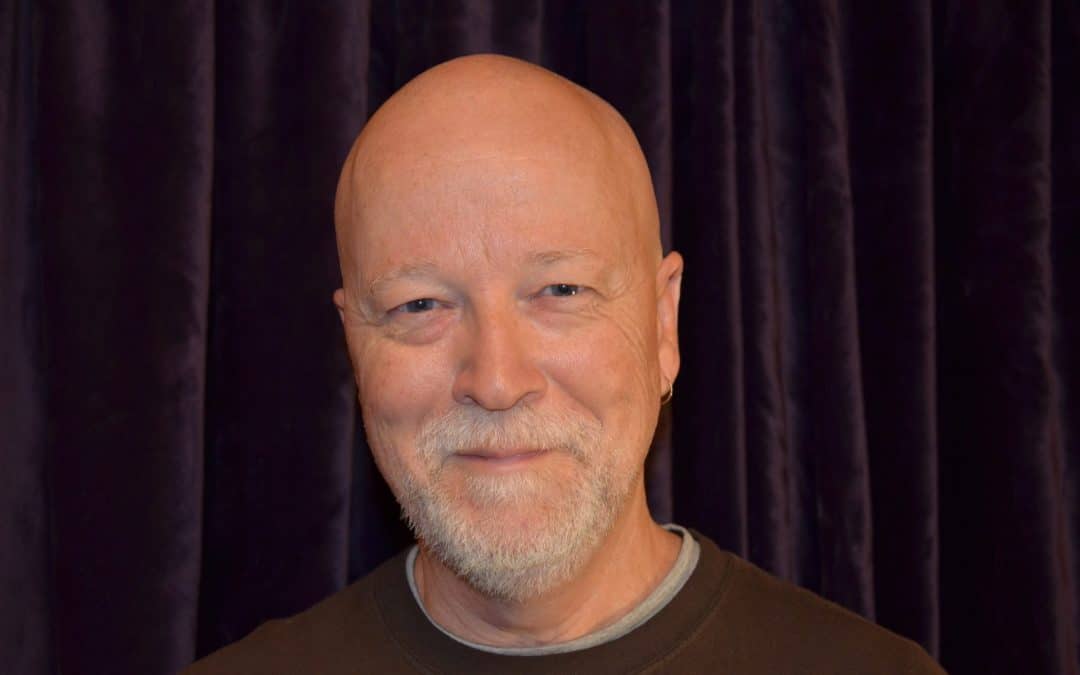 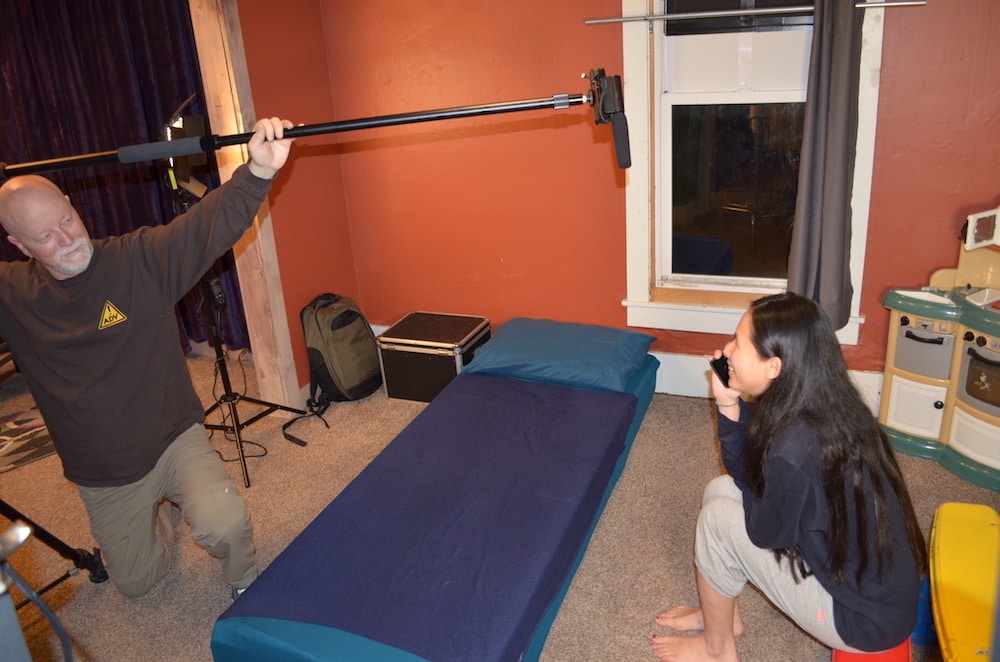 On the set of his upcoming movie 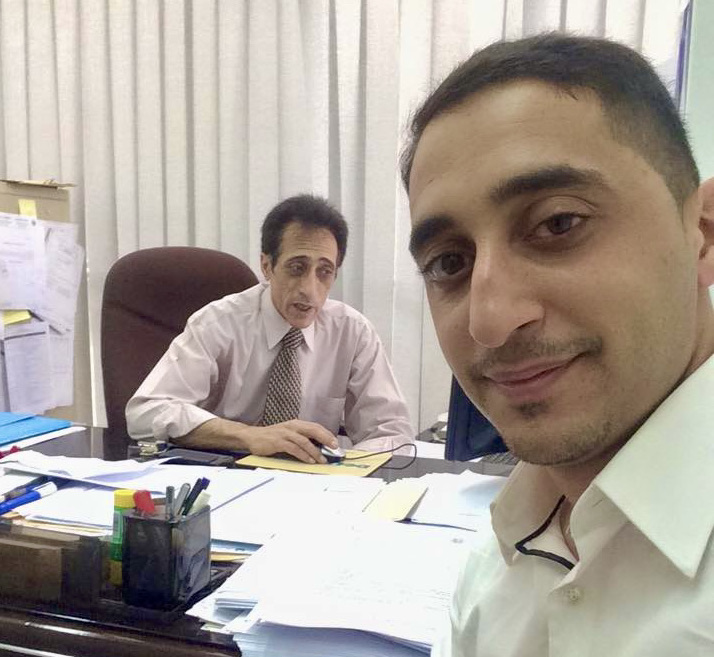 Vikram Gulati — From CEO to Professor

From CEO to Professor 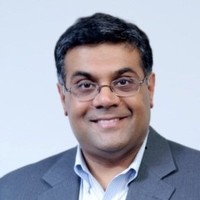 Vikram Gulati holds electrical engineering and MBA degrees and spent 30 years leading IT companies before joining MIU in 2019 to pursue his PhD in management.
About 16 years ago Vikram developed an interest in Vedic knowledge and began studying the Vedic literature. He became fascinated with the intersection of science and spirituality and the idea of consciousness being the central principle of existence.
In 2019 Vikram met a student of Maharishi and learned about the Transcendental Meditation® technique, the unified field theory, and MIU. He wanted to transition from the corporate world to academia and, after attending a Visitors Weekend, he enrolled at MIU. He completed his coursework online and recently moved to Fairfield with his wife.
“I realized that at MIU I can bring together the three things I love: teaching, using my management experience, and studying the Vedic tradition,” said Vikram.

Vikram with his wife and daughters 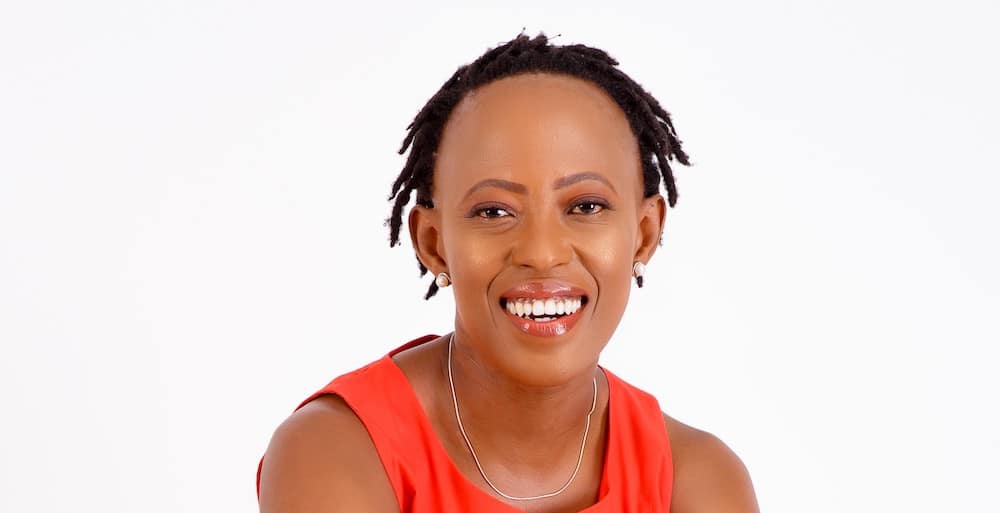 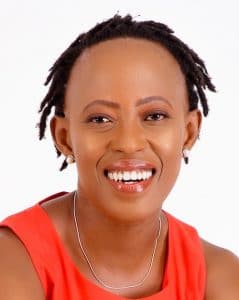 South African student Motsei Masilo is about to finish her online MBA degree and has already been accepted into the PhD program in management.
Motsei attended the University of Cape Town and earned a bachelor’s degree in social science psychology. For twenty years she worked for Roche Pharmaceuticals in various HR and management roles in South Africa, Europe, and India. She has also served on the boards of various organizations.
When her employer became a sponsor for the Maharishi Invincibility Institute in Johannesburg in 2015, Motsei learned the Transcendental Meditation® technique and fell in love with it.
During her career Motsei has attended a variety of leadership training programs, but she had always dreamed of pursuing an MBA. When she left Roche in 2019 she had no doubt she wanted to enroll at MIU, which she did in 2020. Motsei enjoyed the classes so much that she got up at 2:00 a.m. twice a week to participate in the classes happening live at MIU’s Fairfield campus. 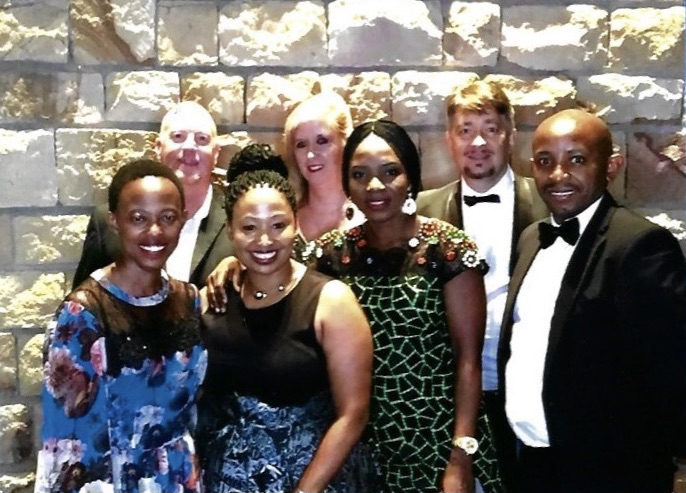 For the first time, I felt school had a meaning,” she said. “I realized how important it was to get immersed in one subject at a time. I also appreciate how the teachers have an interest in you getting a good grade and they encourage you to do better.”

During her studies at MIU, Motsei also gained a deeper understanding of the Transcendental Meditation technique and was able to incorporate its regular practice into her routine. “I could tell the difference,” she said. “I was more relaxed. Even stressful things were not stressing me anymore. I became more insightful and creative in a different way than I was before.”

While pursuing her education, Motsei also started an HR consulting business. One of her clients is the Maharishi Invincibility Institute, where she is helping to start a career center designed to prepare students for the corporate work environment from the moment they begin their studies. In the long run, Motsei’s goal is to add sustainability to her consulting business. 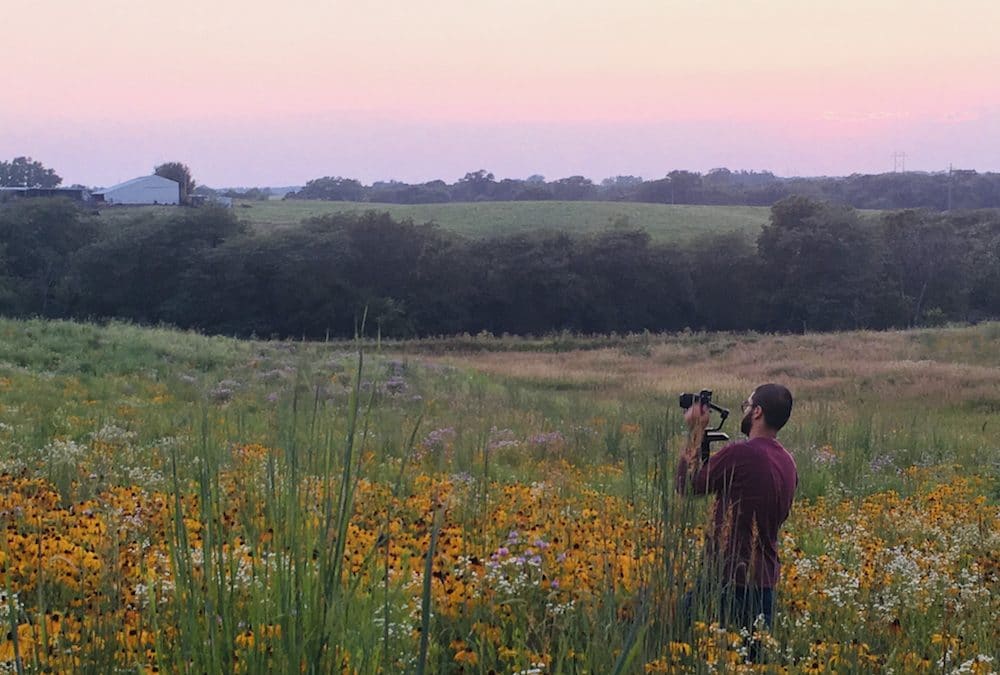 Connecting to Creativity and Community 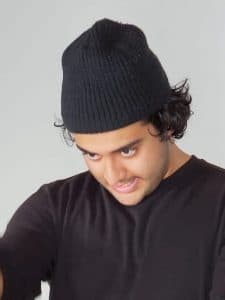 Abdul Khalik Mokhtar was born in Azerbaijan, came to the US as a child, and grew up in Des Moines, Iowa. He inherited the love of performing from his theater-trained parents and acted in stage productions throughout middle and high school.

He dreamed of becoming a filmmaker and studied the work of film director David Lynch, which led him to discover MIU. He attended a Visitors Weekend in the summer of 2019 and enrolled that fall in the Cinematic Arts and New Media Program.

Abdul likes the small classes at MIU, where students can develop a stronger connection to their professors, each other, and the subjects they are studying. He enjoys collaborating with other students and making lifelong friendships. 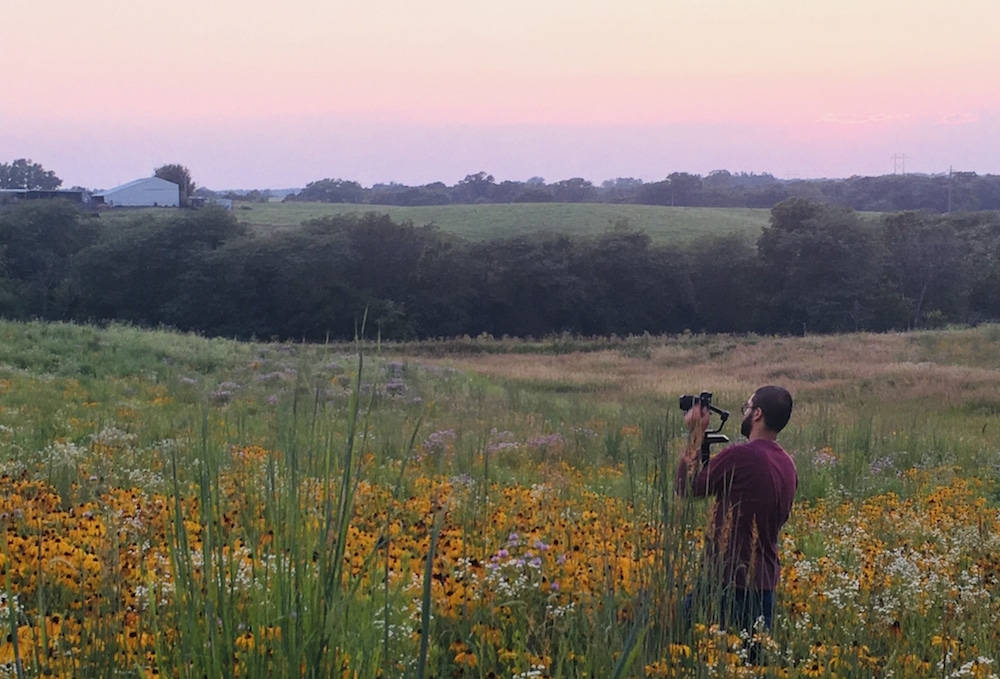 “Practicing the TM technique has helped me become a better filmmaker,” he said. “I am able to access ideas better, stay in the creative flow, and feel more connected to people. I was able to reconnect with the things I love doing—filmmaking and acting.”

In the summer of 2020 Abdul had the opportunity to make a short documentary about MIU alumnus and award-winning firefly photographer Radim Schreiber. Abdul filmed and edited the documentary within a month, with the help of MIU cinematography graduate Nina Ziv, who provided aerial photography, and faculty member Amine Kouider, who produced the film. 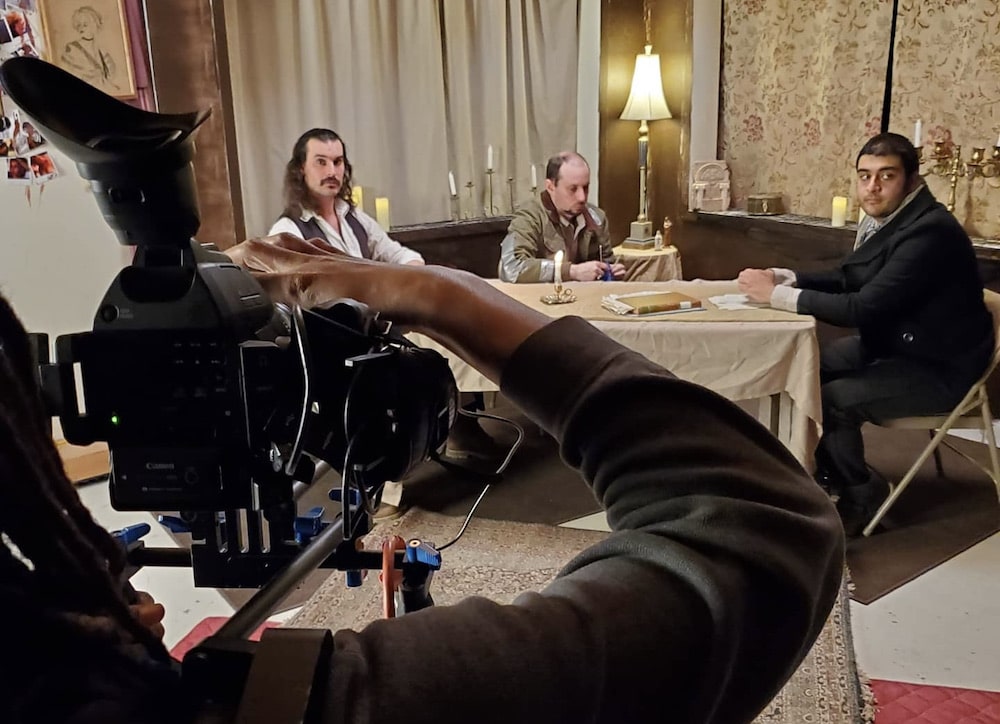 Recently he had his first paid assignment as a production assistant on an independent feature film shot in Bentonsport, Iowa. “Working on a film set was something I have always dreamed about, and it was very rewarding,” said Abdul.

Abdul is graduating in spring 2022 and plans to move to New York City to pursue acting and independent filmmaking. 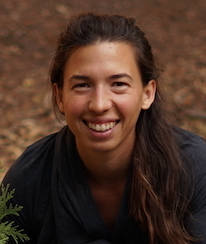 MIU student Katherine Eid is a poet, storyteller, and budding filmmaker. She hails from the state of Georgia, where she attended college before embarking on a 10-year journey of working on farms in Hawaii, traveling the world, and exploring her family history.

On her way to Hawaii, Katherine made a stop at MIU and spent a memorable weekend. A few years later she learned the Transcendental Meditation® technique and, when she decided to return to school, she joined MIU’s online Bachelor of Applied Arts and Sciences Program.

With her father on her recent trip to Lebanon

Over the past few years Katherine has been working on a book based on the family stories she has collected from her father. When she took a course on cinematography, she decided to switch majors and tell her tale via film.

Katherine’s classes have been instrumental in giving her directions on how to bring her stories to life. “Because every class is project based, they were supporting what I already wanted to do,” she said.

She is now working on a documentary about her ancestors, including the story of her great-grandfather, who was orphaned in Crete and was sent in a barrel across the sea to Turkey, where he became a guard of the sultan and was imprisoned in a war camp, from which he escaped by sea to Lebanon. Katherine has recently taken a trip to Lebanon to interview relatives and film the locations of her father’s stories. 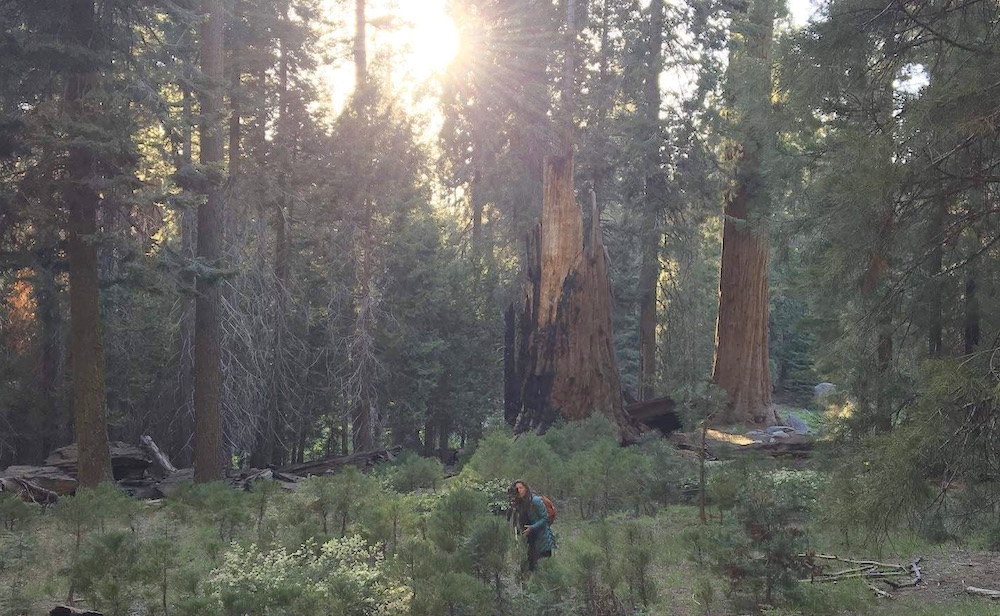 Working on her short film in Sequoia National Forest

In her documentary, Katherine wants to explore intergenerational trauma and heroism, the idea that the emotional experiences of our ancestors get passed down to subsequent generations.

Katherine says her TM practice of 5 years and the online TM retreats offered by MIU have made a tremendous impact on her personal growth and creative expression. “There is less inhibition, and there is an ability to focus and persevere, to follow the idea into creation,” she said. “It’s also easier to be myself in the world.”

You can watch Katherine’s short film she made in a recent class here.