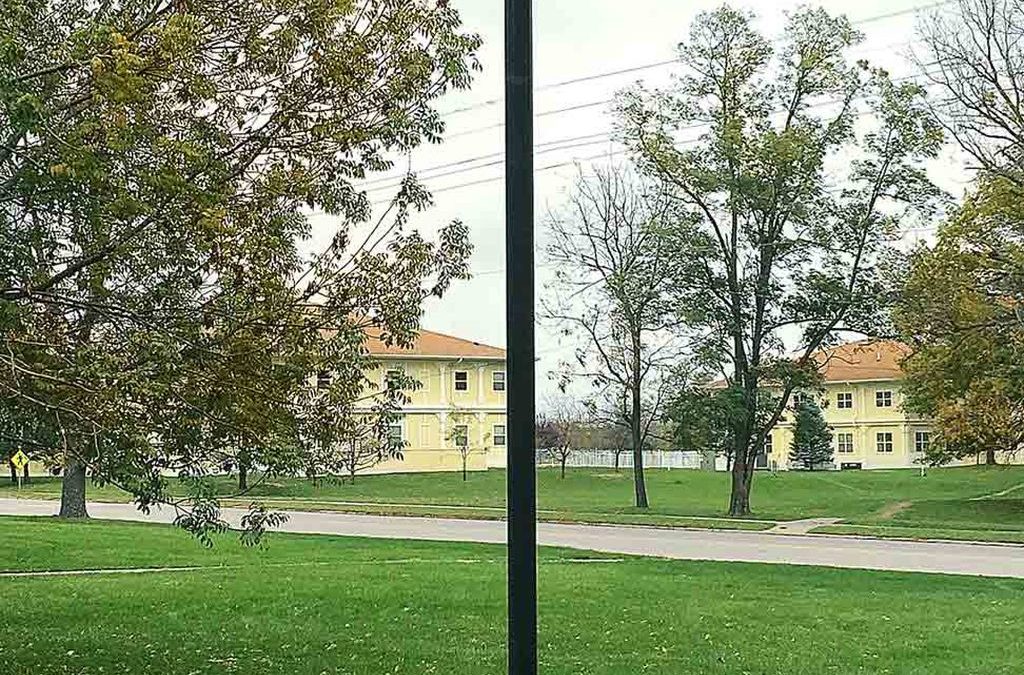 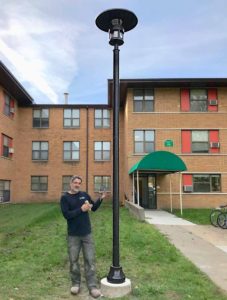 A complete upgrade and replacement of the exterior security lighting at MUM’s main dormitory for women, Hildenbrand Hall, was completed this August, with thanks to donor funding. Shown are the new Lamp Standard at the East entrance and an example of the motion-activated flood lamps, creating a perimeter of security lighting around the entire building.

There were broken light fixtures and a number of completely unlit dark areas around the building with the old lighting system; these issues have been remedied. Any dark pockets have now been eliminated. Walkways and entrances are now well-lit for safe pedestrian movement. Motion-activated technology has been utilized, so the bedrooms windows are not overly exposed to bright light at night. 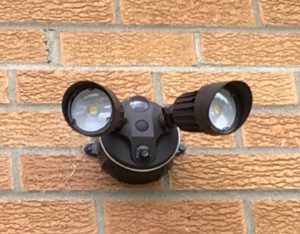 All the new light fixtures use the latest LED technology for energy conservation. LED lighting is today’s most efficient way of illumination and lighting, offering an estimated energy efficiency of 80-90% in comparison to traditional lighting and conventional light bulbs. This means that about 80% of the electrical energy is converted to light, while 20% is lost and converted into other forms of energy, such as heat.

LED Lighting is Eco-Friendly and Sustainable 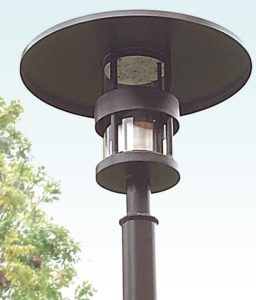 MUM also benefits because  LED lights are completely free of toxic chemicals and are 100% recyclable, helping to reduce the carbon footprint by up to a third. Most conventional fluorescent light bulbs contain a multitude of materials (for example, mercury) that are harmful to the environment.

The long operational lifetime span means also that one LED light bulb can save material and production of 25 incandescent light bulbs. A big step towards a greener future! 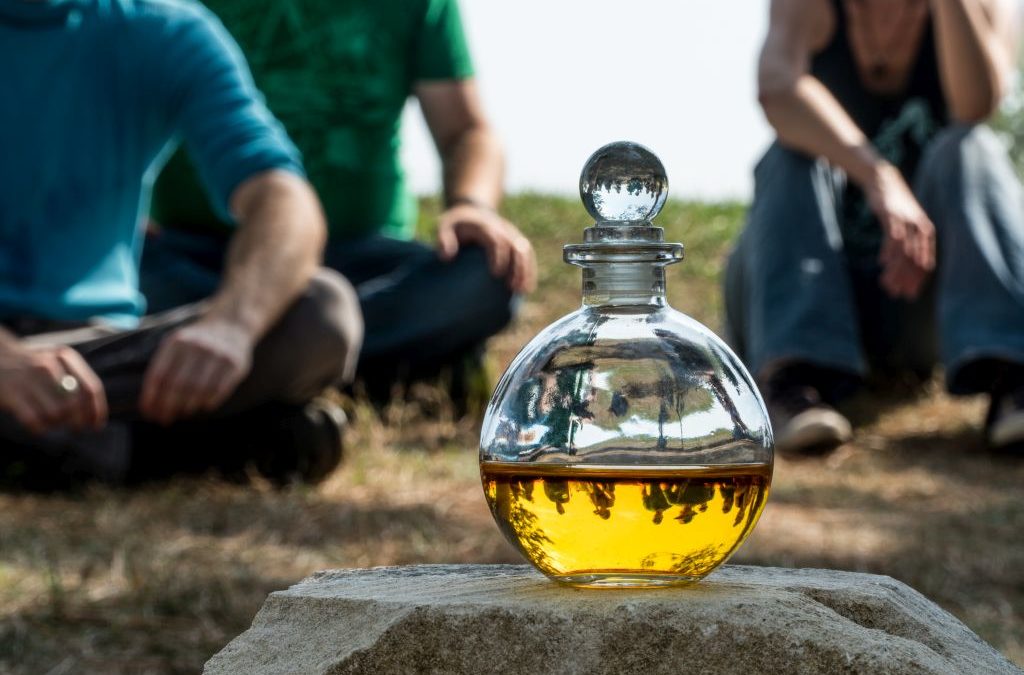 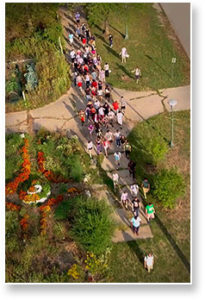 Magic, dance, and art were at the heart of the two-hour adventure that involved over 80 students last month as part of MUM Quest, a series of events this academic year based on teamwork, fun, and fantasy, all with the purpose of engaging students and fostering connectedness.

The donor-funded Quest Event recieved contributions of $4,940, which was 123% of its fundraising target of $4,000. The University thanks not only donors who made the event possible, but the many student advocates who spread the word about this unique experience.

MUM’s ‘most mythical and mystical’ event

MUM students loved the Quest so much that student organizers plan to create three additional productions over the coming year. 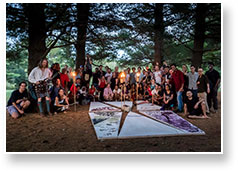 The Quest commenced with an 8-minute video featuring MUM President John Hagelin reading an alternate history of Fairfield and the MUM campus, based on a 19th-century diary “found” during the demolition of Carnegie Hall. The story involved Freemasons, magic, a uniquely powerful energy vortex in Fairfield that’s in danger of being lost, and the immediate need to re-enliven this vortex by priming three “ley lines” that intersect on campus. The participants had until sundown to achieve this; otherwise, the vortex would be lost forever.

Fun challenges all along the way 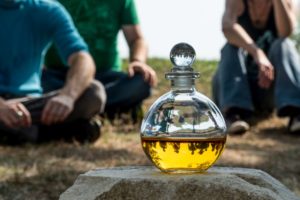 What Students are Saying about The Quest:

“The Quest was as magical as promised, and even more. I was stumped and enthralled by the magic, which was performed and had to ask my more left-brained friends how liquids changed colors and fire burst out of nowhere before our very eyes. My favorite place was definitely the Love Forest, which is still up even though the first Quest has since finished. My favorite aspect was the ‘real history’ of Fairfield, intertwined with our tasks. The Quest​ was the most mythical and mystical event MUM has ever put on! Only at MUM will gaggles of students chant Gaelic spells at a school sanctioned event. I am so proud to be a part of this wonderfully weird place.”

“The Quest definitely brought about a liveliness on campus. It was quite a beautiful experience, seeing such a diverse group of students split into teams, where barely anyone knew anyone … to come into coherence to achieve the goals that were presented to us. Since I’ve been at this University, normally people get caught up in the swing of classes and the cliques they form, so that the school year just passes by. But by the end of the quest, not only did we have fun and make new friends, but we were all united in the end. Definitely two thumbs up from me. Thank you!”

“The Quest demonstrated a magic that went beyond its premise of Gaelic lore and Leylines. It provided an inviting and seamless experience that drew many to answer its call and follow through to a satisfying end.”

“The Quest was the beginning of a journey. The first of it’s kind, the Sept 23 Quest opened me up to the magic of what’s possible when we work together. It was light-hearted and fun. I look forward to seeing what the Game Masters conjure up for next time!” 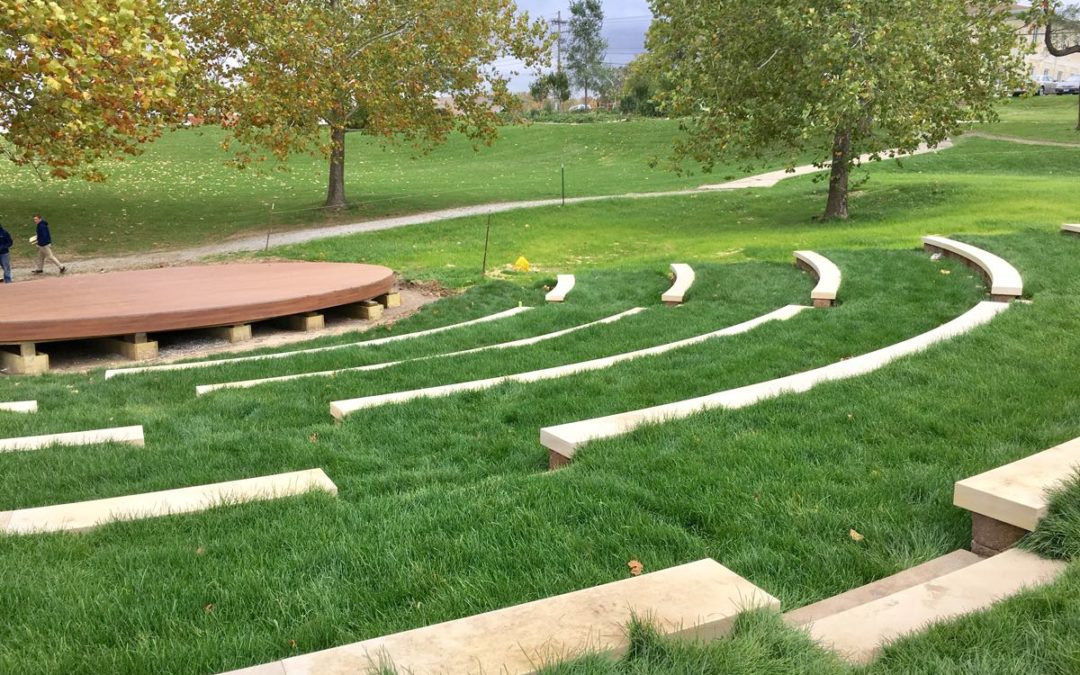 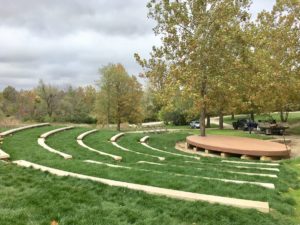 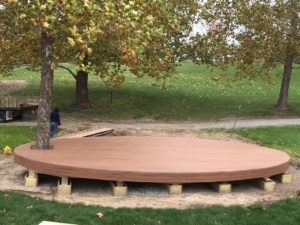 The elevated stage at the amphitheater in Gil Younger Central Park, with its tiered seating and memorial garden, is now completed (except for a few finishing touches). 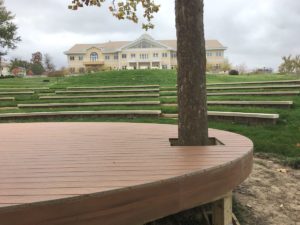 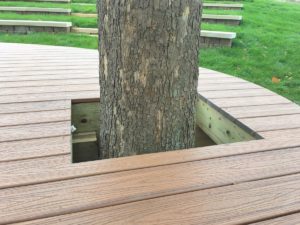 This centerpiece of the  beautiful multipurpose park, which features shade trees, lawns and flower beds, will be a venue for plays, concerts, lectures, movies, and more, for students, faculty and visitors to enjoy.

Nearby, a Maharishi Vedic Observatory has  been completed.

Earlier this month, Maharishi University of Management President John Hagelin received the Doshi Family Bridgebuilder Award as the culminating event at an Ayurveda conference at Loyola Marymount University in Los Angeles on Oct. 6-7.

Named for its benefactors, Navin and Pratima Doshi, the annual award honors an individual or organization dedicated to fostering understanding between cultures, peoples, and disciplines.

MUM benefactor and donor Michael Busch and his wife Margaret were instrumental in advocating for Dr. Hagelin for the award, providing information about Dr. Hagelin’s research and work in connecting modern science and spirituality. (In addition, Michael initiated Dr. Doshi into his TM practice.) Dr. Doshi has made a substantial gift to the University to further its scientific research as well.

In presenting the award, Dr. Doshi said, “Your accomplishment includes the widely accepted theory of galactic super-symmetric particles produced during the Big Bang. You are among very few who applies this knowledge and the knowledge of the sciences of yoga and the Vedas for the benefit of humankind, accepting the primacy of mind and consciousness over matter, unlike scientists deeply submerged in materialism.”

Dr. Doshi is an engineer, attorney, and investor who has long been a leading proponent of the Vedic heritage of India and its role in the modern world. His goal is to build bridges between East and West.

Past recipients of the Doshi Award have included conductor Zubin Mehta; Buddhist Monk Thich Nhat Hanh; author Greg Mortenson, who has built schools and bridges in remote areas of Pakistan and Afghanistan; world religions scholar Huston Smith; Rupert Sheldrake, scientist and naturalist; Congresswoman Tulsi Gabbard, the first Hindu to become a member of the U.S. Congress; and Karan Singh, a member of Indian parliament, former ambassador from India to the USA, a Vedic Scholar, who holds a PhD, and India’s UN representative to UNESCO.

After receiving the award, Dr. Hagelin gave a highly detailed keynote address on the correspondences between physics and the structure of the Veda and Vedic literature, as well as AyurVeda. It was met with a standing ovation from the audience of about 340 people, including many highly credentialed academics and chairs of departments.

The two-day conference brought together scholars, researchers and medical professionals in the fields of yoga, Ayurveda, and Western medicine to explore the future of holistic and integrative health and wellness. Also presenting at the conference were MUM faculty Robert Schneider, Keith Wallace, and Fred Travis, as well as Nancy Lonsdorf, a physician who practices Maharishi AyurVeda(SM).

The award ceremony is jointly sponsored by Bellarmine College of Liberal Arts, the Department of Theological Studies, and the Navin and Pratima Doshi Professorship of Indic and Comparative Theology. 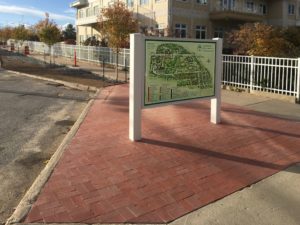 Construction has been completed on a new brick patio located beside the the Argiro Student Center entrance and its nearby parking lot.

The accompanying sign displays a campus map, and there will be signage on the opposite side as well. The site will also include a waiting bench and a few bollards (vertical protective posts) to shield the structure from vehicles.

Also in the plans will be uplighting for the new maple trees.