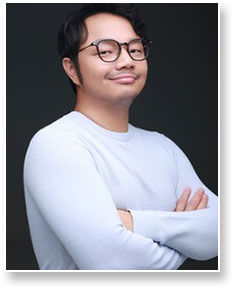 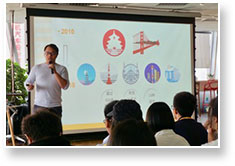 Andy speaking to students during a company open day 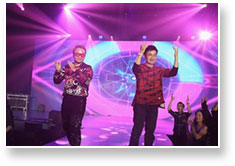 Trekking in the Gobi Desert as part of a company expedition

MUM graduate Andy Zhong earned a bachelor’s degree in computer science from Dalian University of Technology in China, and began his career as a research engineer at Bell Laboratories in 2005. He entered MUM’s MS in Computer Science Program in 2007 and soon moved to Silicon Valley to serve as engineering director and lead product manager at RockYou, developing the popular Facebook games Birthday Cards and Zoo World.

Andy says that the time he spent at MUM was very helpful in landing him a job at a top Silicon Valley company. He has also found the practice of the TM® technique beneficial.

“Transcendental Meditation has become a powerful tool to help me become more focused and live in the present,” he said. “It also gives me the ability to inquire deeply and guide my curiosity to explore.”

In 2010 Andy co-founded FunPlus, a gaming company that created such hits as Facebook’s Family Farm, Royal Story, and Happy Acres. Although the company was founded in San Francisco, Andy and his co-founder Yitao Guan took venture capital from Silicon Valley investors and moved the company to Beijing, China, where they built their casual gaming studio called Dian Dian.

The company now has offices in Taipei, San Francisco, Singapore, and Tokyo, with over 1,000 employees from 20 countries. In less than ten years, FunPlus became one of the most significant companies in the gaming industry, generating over $1 billion in revenue.

One of the strategies Andy has pursued was to conquer global markets, instead of focusing on China. His approach has proven successful, as most of the games’ users are in the West, with most revenues coming from U.S. users.

His long-term goal is to make his company one of the top three interactive entertainment companies worldwide and create the best games and gaming community for over 5 billion users all over the world. “We never limited our goals based on what we have accomplished in the past, but we always pursue bigger dreams,” he said.