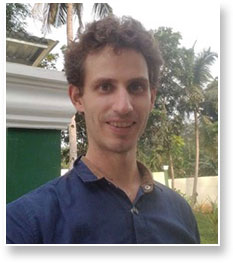 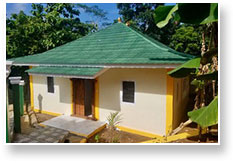 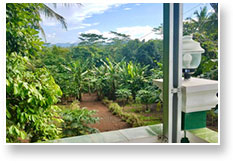 The tropical garden of the new campus

MIU alumnus Almar Meijles recently completed the construction of a small Maharishi Vāstu® campus in Indonesia for the NextGen PurushaSM program, which caters to young men who want to dedicate their time to research in consciousness and studying Maharishi’s knowledge.

Almar and fellow students came up with the idea of building small affordable Vāstu housing during a class in entrepreneurship offered by MIU’s Concept to Market Institute. In subsequent classes he developed a business plan and consulted mentors and potential investors in the community. He graduated in 2017 and had to return to his home country of the Netherlands before being able to implement his plan.

Soon he headed to Indonesia, where his real-estate-developer brother offered to work with Almar on a project in Jakarta. Eager to get some experience, Almar helped develop a small residential compound just outside the city.

His next opportunity came when his family decided to repurpose a property they owned in the mountainous region of West Java. Almar took on the challenge after carefully investigating his options. “The creative entrepreneurship program really taught me how to do proper market research and see what the possibilities are,” he said.

This time, Almar was ready for a project that would implement the principles of Maharishi Vāstu design as well as sustainable construction. After learning that the Maharishi PurushaSM program was looking for a new campus, he contacted a Vāstu architect. Three weeks later they broke ground on the family property and completed the construction of three new buildings within seven months.

“Things came together so quickly,” said Almar. “It was the support of nature. Being more attuned to my innermost self, which is connected to everything else, made the whole process smoother. That’s the biggest benefit I have gotten from the TM and TM-Sidhi programs.”

The one-acre campus includes 16 single rooms, a dining hall, a meditation hall, and a garden with hundreds of tropical fruit trees and a variety of organic vegetables.