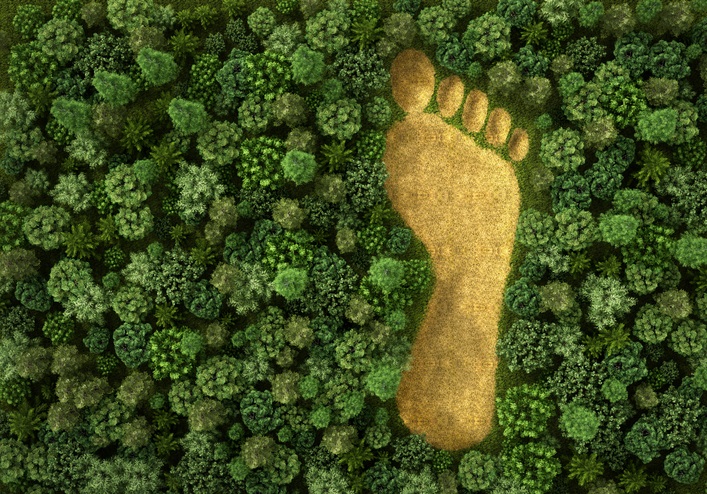 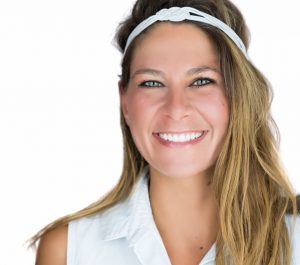 Kristina is a native of St. Louis, with a bachelor’s degree in finance and real estate from the University of Missouri, Columbia. Kristina says she was a shy student with a speech impediment who rarely participated in class. About eight years ago, she embarked on a personal development journey to face her fears and move outside her comfort zone. 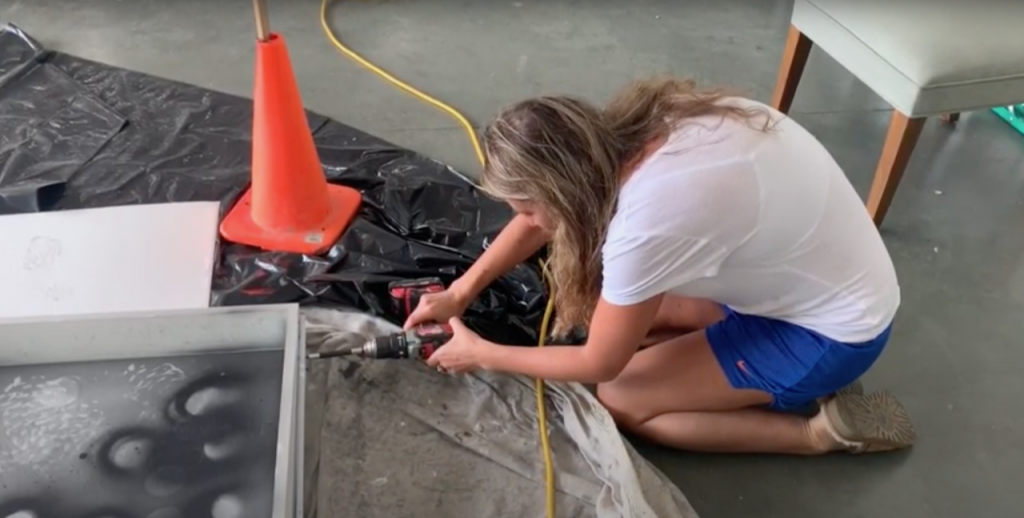 She learned the Transcendental Meditation® technique, moved to Austin, Texas, and started a wellness company that specialized in coaching individuals and businesses in seeking higher self-awareness and empowerment. Through her workshops and events she helped over 500 clients.

One of the ways Kristina stretched her own boundaries was through traveling to countries like India, Morocco, and Japan. It was during those trips that she became increasingly aware of the impact of environmental pollution and decided to shift her career to sustainability. At the recommendation of her TM® teacher, Michael Blitz, she came to a Visitors Weekend in 2019 and enrolled in the MBA program in February 2020. 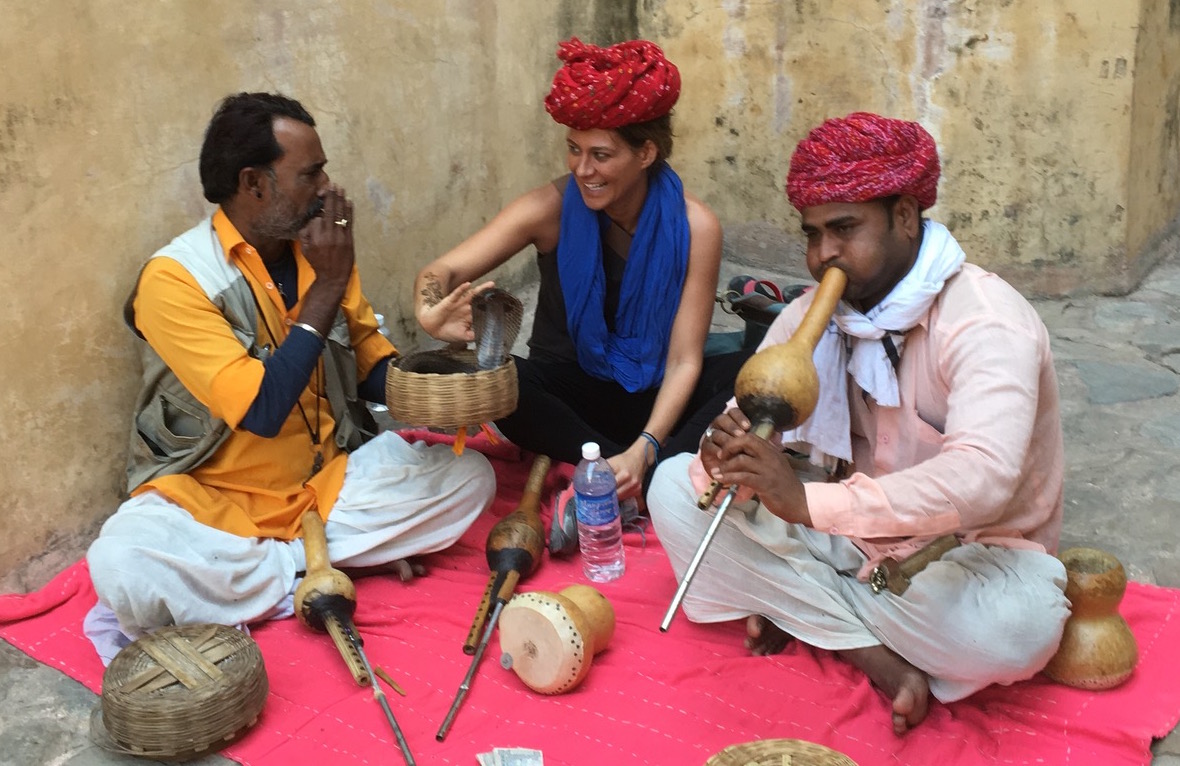 “TM was a huge part of overcoming my fears,” she said. “When I took my first class at MIU, I sat in the first row and raised my hand all the time, and I had never done that before.”

Kristina also finds that studying at MIU helps her balance her studies, career, and personal life. “Consciousness-Based education helps you connect the dots and synthesize what you are thinking and how you are expressing it,” she said. “The way the teachers weave consciousness into every single class is so creative and has changed my personal life and how I balance it with my career.”

Kristina is currently doing sustainability consulting for a construction company, and her goal is to help businesses move towards identifying their environmental impact and implement sustainable solutions.

A Passion for Environmental Conservation 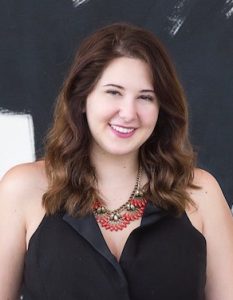 Carolyna grew up in Grand Cayman and Houston, Texas, and environmental conservation has been a part of most of her life. Three years ago she became a certified coral reef restoration diver, and she has been volunteering with the Department of the Environment to contain and identify new areas of the spread of Stony Coral Tissue Loss Disease in Grand Cayman. 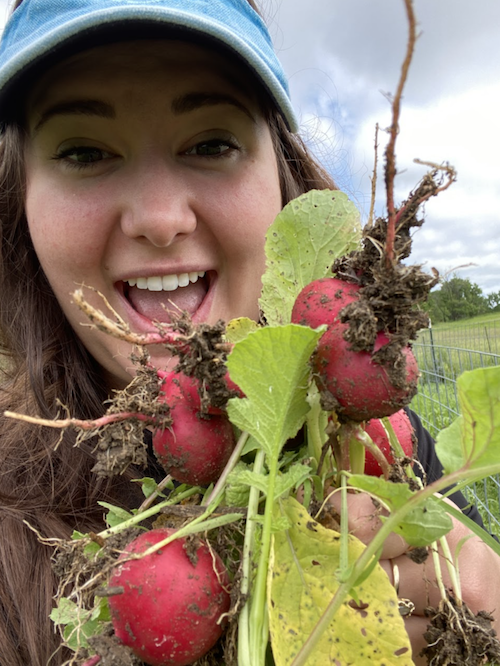 Carolyna studied cosmetology at Aveda while attending community college. Her entrepreneurial spirit led her to start a mobile aesthetic cosmetics business, which she sold three years later. She wanted to pursue a career aligned with her passion to save the environment. She found several universities that interested her; however, when she attended a Visitors Weekend, she felt a sense of belonging in Fairfield and chose MIU.

The practice of the Transcendental Meditation® technique has added an experience of calmness to Carolyna’s life that she didn’t have before. “I feel equipped to handle life’s turbulence with ease, and I am grateful for the simplicity and accessibility of TM,” she said. 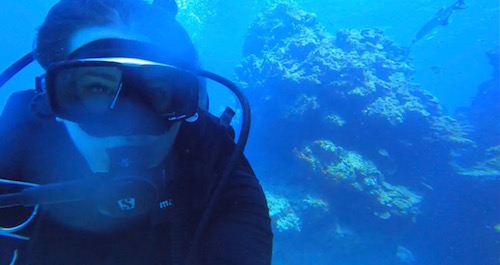 Carolyna is graduating this June and is currently working on her senior project, which aims to increase recycling streams on campus. “My vision is to turn MIU into the very first zero waste university,” she said. “Tackling waste on a larger scale can make a big impact and change people’s perception about what trash really is and how to manage it as a conscious consumer.” With the help of recycling company TerraCycle, she plans to install recycling bins for materials not collected by local waste management, such as art supplies, chewing gum, and certain plastic items.

Carolyna is also part of MIU Student Government. In her first year she took turns serving as vice-president and then campus sustainability representative, and this year she is student body president. She enjoys being in leadership roles and educating others about living a more eco-conscious life.

Experiencing the Fullness of Life 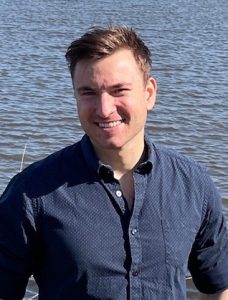 MIU student Johannes Schweigel earned a bachelor of science degree in central banking from the Deutsche Bundesbank University of Applied Sciences and worked for the Federal Financial Supervisory Authority in Germany for five years. Although he was successful on the material plane, he lacked a deeper sense of fulfillment and purpose in life. He began exploring the nonmaterial side of life, which he remembered experiencing as a child.

In 2017 he stumbled upon the Transcendental Meditation® technique in a book and, within a couple of weeks, he learned it. He enjoyed the experience of deep bliss and Transcendental Consciousness so much that he wanted to learn more. “My life took a 180-degree turn when I learned TM,” Johannes said.

Over the next two years Johannes took every opportunity to attend TM® retreats and advanced lectures, including an international TM retreat for young people in Romania. He also learned the TM-Sidhi® program and decided to enroll at MIU. 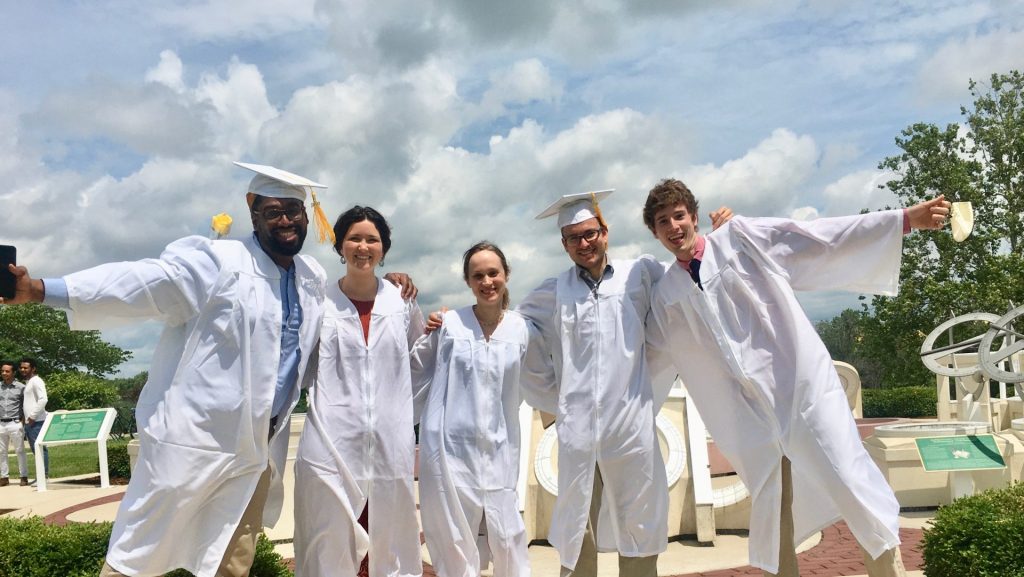 Johannes began the master’s in consciousness and human potential in the fall of 2019, graduated in the summer of 2020, and immediately joined the PhD program in Maharishi Vedic Science℠. “I had great experiences reading the Vedic literature and I want to get fully immersed in it,” he said.

Johannes is not only enjoying reading the Vedic literature in Sanskrit, but is intrigued by the use of sound and vibration for spiritual experiences in various traditions around the world. He wants to explore this topic in his PhD dissertation.

Living in the Fairfield community and attending MIU have brought him closer to his desire to lead a fully integrated life. “Living 200 percent of life is real for me,” said Johannes. He enjoys Maharishi’s technologies for the growth of higher states of consciousness and strives to use his talents to contribute to a more harmonious society. In his free time he likes spending time outdoors and practicing yoga and kung fu.