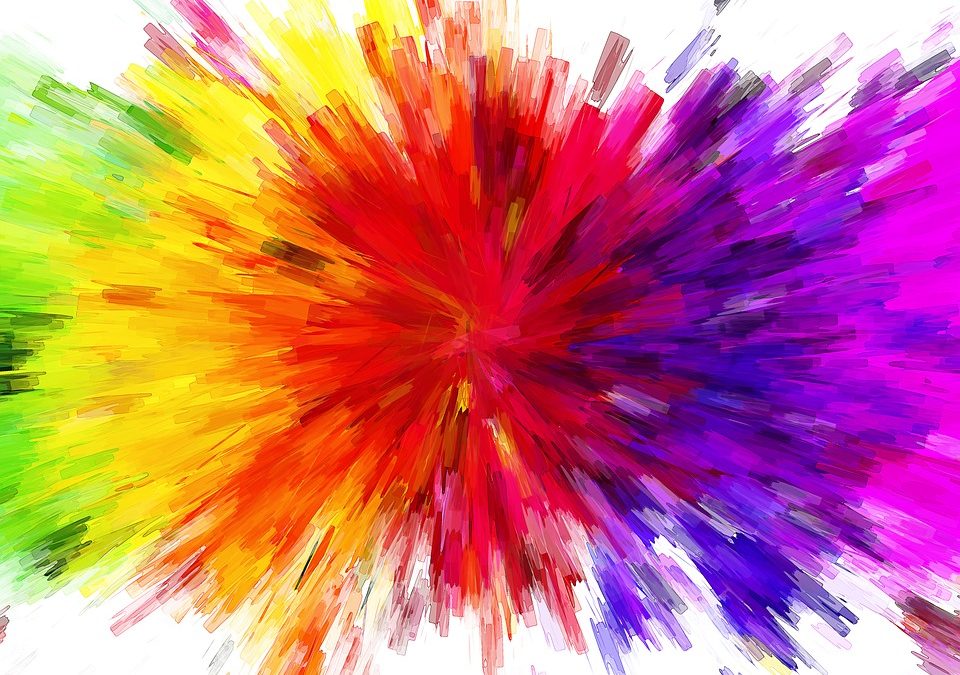 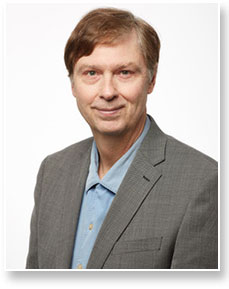 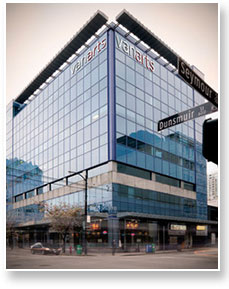 The campus of VanArts in Vancouver 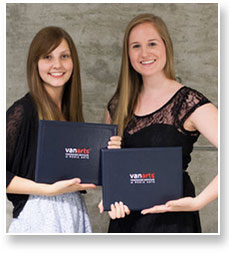 Students at VanArts from all over the world

Alan Phillips is founder and president of Vancouver Institute of Media Arts (VanArts), which offers vocational training in the visual, media, and performing arts. Ranked #5 worldwide for animation, gaming, and design, the school has attracted top talent from Hollywood for instructors, starting with Academy Award-winning animator and director Lee Mishkin as founding director.

Alan graduated from MIU in 1991 with an MBA degree and founded VanArts in 1995. His timing turned out to be excellent, as Vancouver was emerging as an international center for the film industry. With the growth of the industry, the school has also gradually expanded from one class in classical animation to eight one-year diploma programs, including 2D and 3D character animation, game art and design, visual effects, and broadcasting/online media.

Alan is grateful for his MBA education and the essential skills he acquired to run a business. “Preparing a business plan, reading financial statements, preparing budgets, all those practical things we covered in our studies really helped a lot,” he said.

The Transcendental Meditation® technique has been an important part of Alan’s life and he became a teacher of the TM® technique at 19. He says it’s an important tool for him as a businessman as well. “Running a business can be very stressful,” he said. “The TM technique has given me an edge to be able to deal with that more effectively and not get so overwhelmed by challenges.”

The Transcendental Meditation technique is also available to the students at VanArts. The school offers regular introductory lectures, and students get partial scholarships towards the cost of instruction.

In spite of the steep and arduous path to success, Alan doesn’t regret his decision to become an entrepreneur. “I would encourage any student who has an idea for a business to learn about what they need to do and launch it,” said Alan. “It’s not easy, but persistence really pays off in the end; it certainly did for me.” 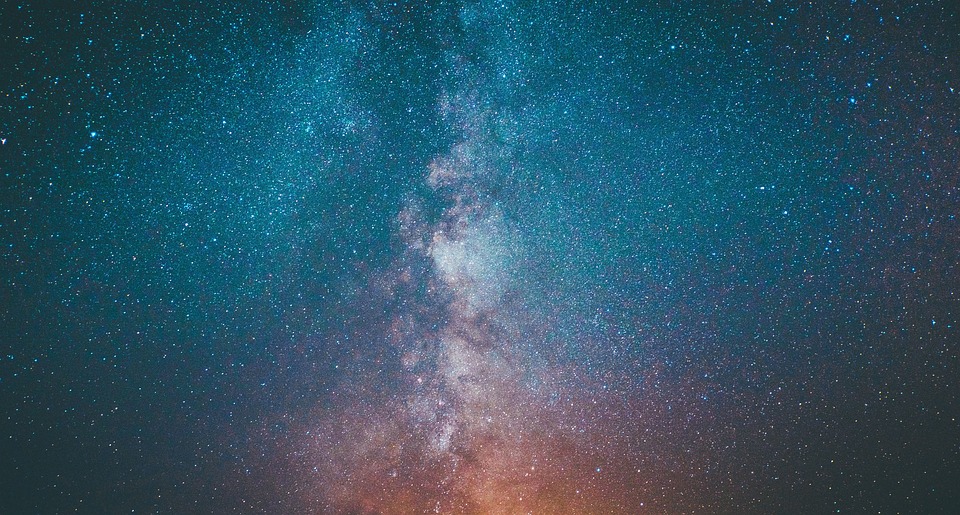 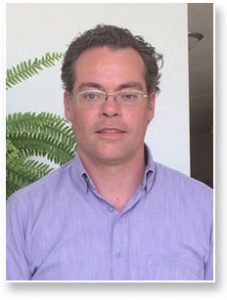 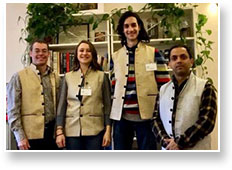 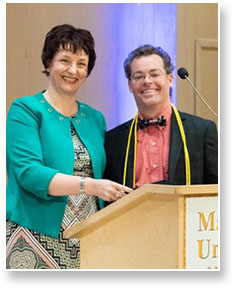 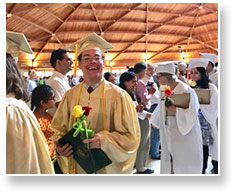 Dale at the MUM commencement ceremony

“Are you interested in Consciousness-Based education?” That was the ad Dale Wilke saw on the Internet that prompted him to explore the MUM website, attend a Visitors Weekend, and apply to MUM.

Dale grew up in a small farming community in Illinois and worked for 15 years for a picture framing company in St. Louis, Missouri. After he moved up the corporate ladder and became a manager, he realized he wanted to study plant medicine and focus on personal development. So he resigned his leadership position and worked in sales to free up his brain for research.

His interest in ethnobotany led him to volunteer at the Missouri Botanical Garden. He then studied chemistry at a community college, and his focus turned to nutrition and Ayurveda. That’s when he discovered MUM. He wanted to attend a non-traditional university that focuses on holistic life, and the idea of Consciousness-BasedSM education appealed to him.

“Developing my consciousness has always been important to me even before I came here, even though I didn’t know what that was,” said Dale. He immediately noticed the benefits of the Transcendental Meditation® technique on his behavior, mood, and sleep, and within six months he learned the TM-Sidhi® program.

Dale graduated this June with a BA in Ayurveda Wellness and received the Outstanding Student Award from the Department of Physiology. He wanted to further his education so he decided to stay at MUM and enroll in the online MS in Maharishi AyurVedaSM and Integrative Medicine program because of its Consciousness-Based approach to health. “I have learned that everything revolves around consciousness, including the consciousness of the health practitioner,” he said. 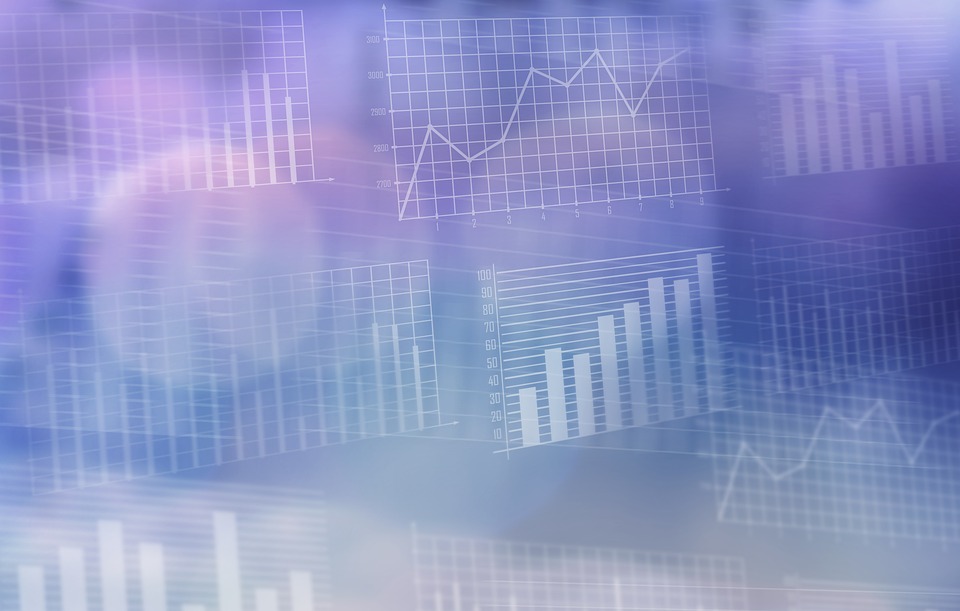 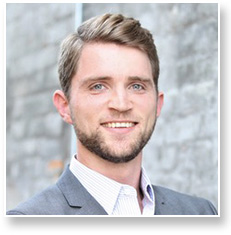 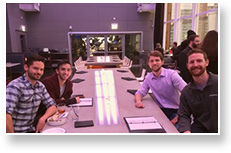 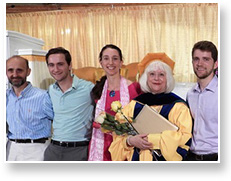 With his parents and two siblings, all MUM graduates (from left to right: Claude, Aurelien, Nicole, Sabine, and Narayana)

Narayana Windenberger has been attracted to computers ever since he was a child. Growing up in Fairfield he learned programming languages for fun, and in high school started a business repairing computers. As his interest also grew in math and finance, he decided to major in business at MUM.

“I am glad I studied business,” he said. “It’s something a lot of people are looking for in the industry. They want someone who understands financial principles, marketing, and operations, but is also good with tech.”

Narayana graduated as valedictorian in 2008 and also earned an MBA degree from MUM in 2009. Soon after graduating he got a position at FoodChain ID in Fairfield. As an analyst his work included creating financial reports, and over time he mastered more and more data analysis tools, advancing to business intelligence manager.

While conducting research to solve certain problems in the spreadsheet software Microsoft Excel, he came across the company PowerPivotPro, offering training and consulting services on a more sophisticated and advanced suite of tools for generating reports called PowerPivot and PowerBI. He kept studying the company and its data analysis techniques, and when they had a job opening he applied. After a difficult test and a round of interviews he was hired as principal consultant.

Fortunately, all of the company’s employees work remotely, so Narayana didn’t have to relocate. He travels to meet clients and then returns to Fairfield to build customized reporting packages and dashboards that make the jobs of CEOs and other decision-makers easier. He enjoys the challenge of assisting different industries and reapplying the patterns he has discovered to solve their problems.

Working from home helps Narayana maintain a balanced routine, which he finds valuable. “MUM gave me a perspective of balance,” he said. “There is every incentive to work as many hours as possible, but after seven or eight hours my ability to creatively solve problems goes to zero.” He also says that solutions often arise from the settled state of mind he enjoys while practicing the Transcendental Meditation®technique.

In the future, Narayana hopes to create a business in Fairfield that services the whole country and brings more wealth to the local community. 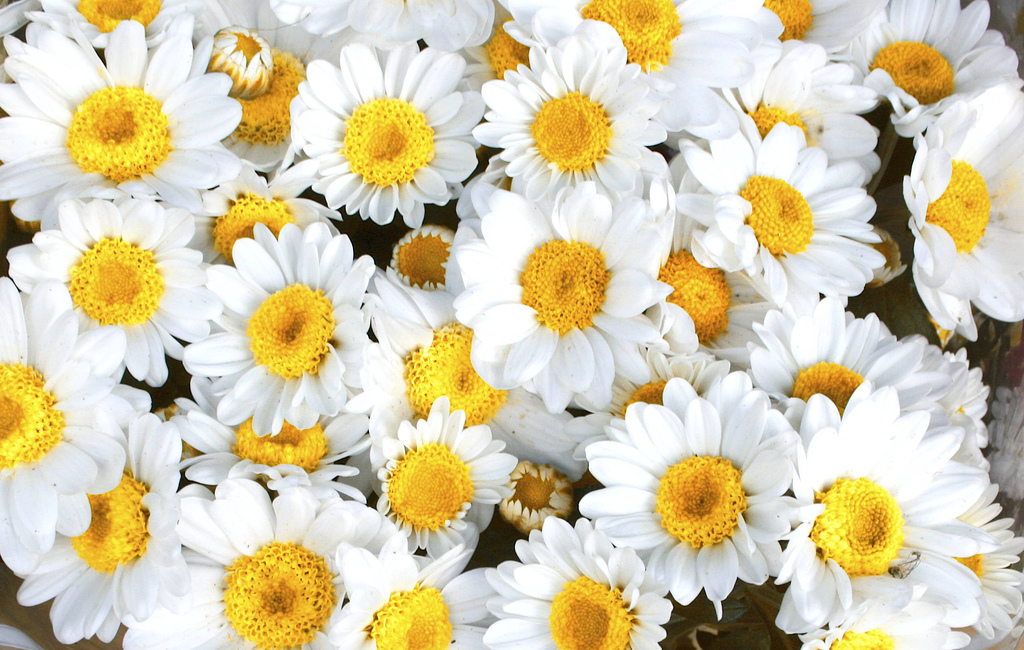 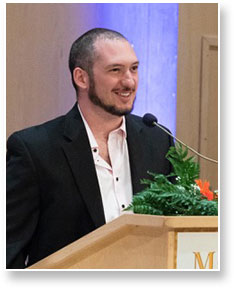 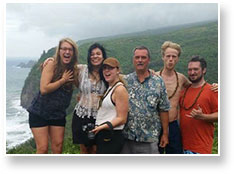 In Hawaii with Professor Lonnie Gamble and fellow students 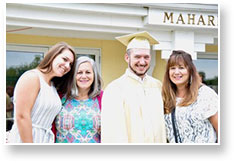 After the commencement ceremony with his cousin, aunt, and mother

Chris Vasques came to MUM in 2014 to follow his dream of living in a sustainable community. For ten years Chris had worked as a professional musician and in various other roles at Boston hotels, followed by a couple of jobs in marketing and graphic design, and he was ready for a change.

He had been thinking about creating a sustainable community for artists like himself, and at MUM he had the chance to learn more about what keeps communities together. His favorite experience was the semester he spent in Hawaii with Professor Lonnie Gamble and a group of students exploring indigenous cultures, permaculture, sustainable living, and intentional communities.

For his senior project he examined the relationship of consumerism to happiness, and whether living in a happy community with strong social ties can shield people from the influence of manipulative advertising and reduce consumerism and the resulting pollution created by manufacturing. He discovered that social factors, such as being able to call upon someone when in need, create more happiness than having more money and the ability to purchase products. In fact, more buying power results in less happiness.

Chris was very excited to attend MUM because he felt he had found his home. He learned the Transcendental Meditation®technique prior to coming to MUM and one of the the greatest days of his life was when he first experienced the group practice of the TM® technique during his first class. “Meditation for me is the counterbalance to writing,” he said. “I need to express and shape ideas and deep subtle concepts, and after meditation they are there waiting for me.”

Chris graduated this spring with a major in sustainable living and a minor in creative writing and received the Outstanding Student Award from the Department of Sustainable Living. He is currently working in MUM’s Distance Education Department designing online courses.

In the future he wants to continue studying community dynamics, social cohesion, and their effect on individual happiness. He is planning to get a PhD in social psychology and work in academia.