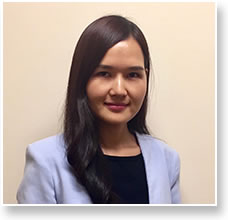 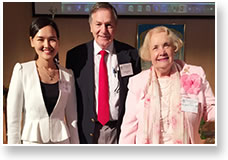 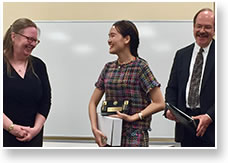 Receiving the Outstanding CMA Student award from the Des Moines Chapter of the Institute for Management Accountants
on April 18, 2017

Han received an undergraduate degree in education from Qiongzhou University, China, which has a collaboration with MUM. She learned the Transcendental Meditation® technique in Beijing in 2011 and decided to continue her studies at MUM.

Following her plan to become a middle school teacher, Han completed her MA in education. MUM’s peaceful atmosphere and supportive academic environment encouraged Han to broaden her horizons and increase her accomplishments. She enrolled in the MBA in Accounting Program and, after graduating in 2014, began her doctoral program in management.

“Coming here was a life-changing experience for me,” she said. “I fell in love with MUM. The environment is so supportive, and the professors are so dedicated to their students.” Han attributes many of the changes in her life to the practice of the TM® technique. “I am much happier than I was before, and I have built up my self-acceptance and confidence.”

Han is currently writing her dissertation and, as a senior graduate instructor, she teaches distance education courses on finance and accounting to the undergraduate students of the Maharishi Institute in Johannesburg, South Africa. In addition to completing her PhD, Han plans to further her education in accounting and pass the Certified Public Accountant (CPA) exam.

“Along with her studies as a PhD student, Han simultaneously mastered the CMA exam,” said Professor Dennis Heaton, Han’s PhD advisor. “Now she has designed an original research plan to examine the impact of sustainability reporting on a firm’s financial performance.”

In the future Han hopes to combine her interests in accounting and education and become an accounting professor or work as an accounting professional. “I always want to learn something new and challenge myself,” said Han. “I want to be more knowledgeable and experienced, so that I can do a better job helping people.”

The graduating class of spring 2017 of the Maharishi Invincibility Institute 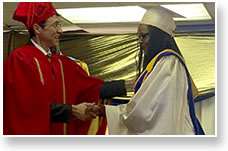 Taddy Blecher, MII CEO, congratulating one of the graduating students 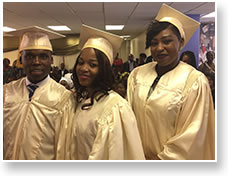 Three students who graduated from MII this spring

The Maharishi Invincibility Institute is a nonprofit organization established in 2007. It offers students access to 86 credits of coursework and a work-study program to help fund their tuition and gain practical skills. Students then enroll at MUM for the final years of their degrees and receive online instruction from MUM faculty.

“On behalf of the graduating students and the country of South Africa, we are deeply grateful to the wonderful and dedicated faculty of MUM,” said Taddy Blecher, CEO of Maharishi Invincibility Institute. “They have given our students knowledge for a lifetime of success, through the profound system of Consciousness-Based education brought by our shared founder Maharishi. Most of the graduates are already placed in jobs.”

The ceremony last weekend also included 35 students who had received an MBA or a post-graduate diploma from MUM in the past four years. All the students at MII practice both the Transcendental Meditation® technique and TM-Sidhi® program.

“They really appreciate the education they are receiving from MUM faculty,” said Morad Malekghassemi, MUM’s director of the international business program. “Many of them have written to me to express their appreciation. Our faculty work hard to understand the students’ needs and to ensure that they are grasping the content of the lectures.”

According to Mr. Malekghassemi, enrollment continues to increase at MII, since it’s one of the few low-cost institutions of higher education in South Africa. Another 55 students are expected to graduate with MUM business degrees in December, and another 85 have registered with MUM in recent months and have begun taking MUM classes. The students at MII are from 17 countries across Africa.

MUM professor Gabriel Akura traveled to MII to preside over the recent graduation. 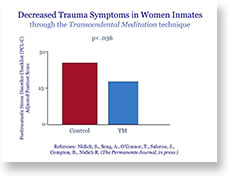 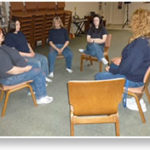 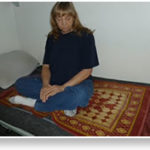 An inmate at the Coffee Creek Correctional Facility in Wilsonville, Oregon, sitting on her bed for her twice-a-day practice of the TM technique 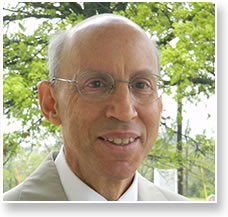 A new randomized controlled study by MUM researchers on 22 female prisoners, published in The Permanente Journal, found that those practicing the Transcendental Meditation® technique for four months had significant reductions in total trauma symptoms compared with a control group. This is the first stress study focused specifically on female prison inmates with high levels of trauma symptoms.

A similar study in the same journal last October involving 181 male prisoners found a 47 percent reduction in total trauma symptoms, including anxiety, depression, dissociation, and sleep disturbance, and a significant decrease in perceived stress, compared to a non-meditating control group.

The two studies were led by Sanford Nidich, EdD, director of the Center for Social Emotional Health and Consciousness at MUM. “This study is a valuable addition to the research literature in women’s mental health, showing a natural and effortless alternative approach to reducing trauma symptoms,” said Dr. Nidich. “Previous studies have shown reduced trauma with the TM program in other populations, including veterans and African refugees.”

Surveys have shown that prisoners have one of the highest rates of lifetime trauma of any segment of society, with 85 percent having been a victim of a crime-related event, such as robbery or home invasion, or physical or sexual abuse. Trauma is associated with higher rates of recidivism and mental and physical health conditions, including cardiovascular disease.

“Meditating twice a day has helped lessen my stress levels, allowed me to connect to and center myself at deeper levels, and to retreat, reflect, and problem solve,” said one subject. “Meditating helps facilitate my mental clarity, while at the same time calming me.” 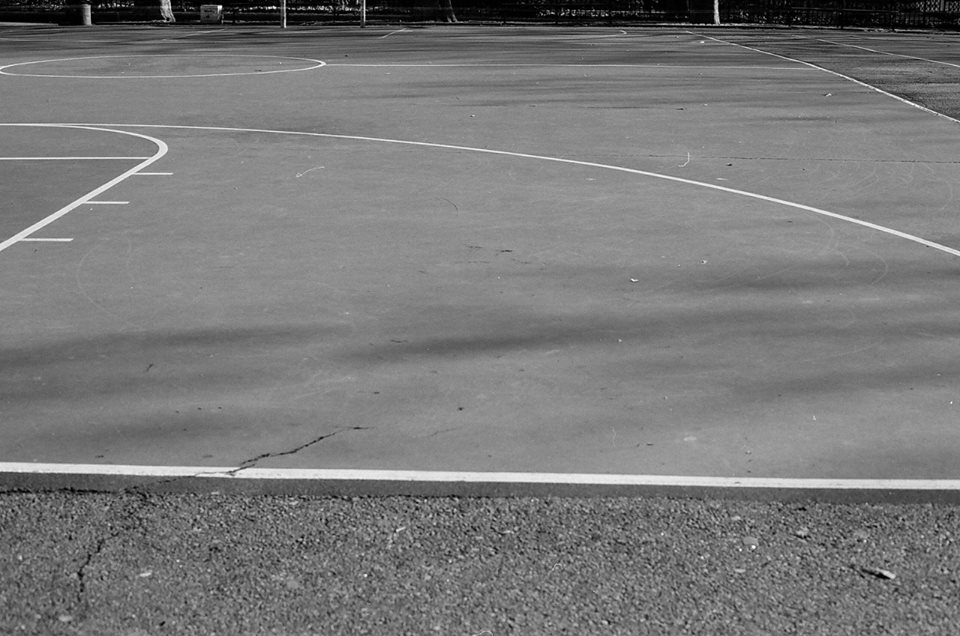 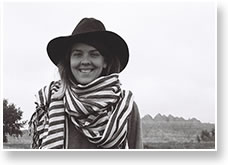 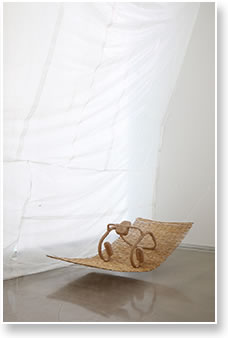 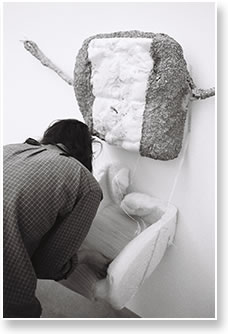 Hilary working on one of her pieces

MUM alumna Hilary Nelson is about to graduate from the University of Iowa with an MFA degree; however, her path to becoming an artist wasn’t always straightforward.

Hilary has always been making art, but after graduating from Maharishi School she was one of the first students to enroll in the Sustainable Living Program at MUM. Hilary was excited to be involved with the emerging new department, and the ideas of sustainability have influenced her lifestyle ever since.

After getting her BS degree in 2007, Hilary decided to pursue art and returned to MUM to get a BFA. Her experience in the art department helped her solidify her decision to continue studying art and apply for graduate school at the University of Iowa, where she earned an MA in painting in 2016.

“My time at MUM gave me the tools to maintain balance in my life and work,” said Hilary. “It helped me to establish a practice of flexibility and seeing the larger picture. Transcendental Meditation helps me remain grounded, and it often acts as a reset and provides me with a strong foundation for all that I do.”

Hilary appreciates that graduate school allows her to focus on her art and its development. She likes to use recycled materials, which serve as inspiration for her pieces that blend painting and sculpture. “I use a lot of found or surplus objects, things that used to be other things. These materials are already in motion and I think they ensure me a starting point.”

Hilary has also been teaching courses on painting and drawing at MUM, as well as at the University of Iowa, which awarded her several teaching assistantships. In addition, she has received the Len Everett Fund for Excellence Scholarship and the Mildred Pelzer Lynch Fellowship. 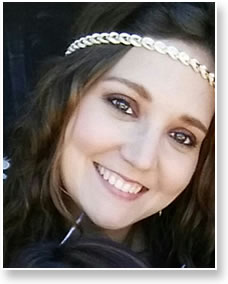 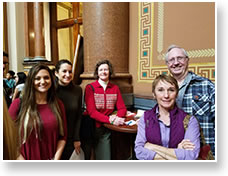 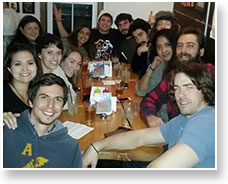 Celebrating her birthday with MUM friends

Sara Kille worked as a preschool teacher in her hometown of Tracy, California, when she discovered actor Jim Carrey’s MUM commencement speech on Facebook. Sara was planning to study environmentalism and sustainability, and Carrey’s speech deeply resonated with her. She became curious about MUM, and a few months later she attended a Visitors Weekend. She was delighted by the students and visitors she met, and she made up her mind.

Sara enrolled as a sustainable living major in 2015. Her passion lies in environmental activism and social change, and she managed to tailor her education to match her specific needs. In addition to taking classes in global sustainability, creating social change, and climate science and solutions, she completed a six-week internship with Iowa Citizens for Community Improvement, an organization focusing on social, economic, and environmental justice for local communities.

For her senior project, Sara conducted research for a new environmental activism module the Department of Sustainable Living is planning to launch next year. In addition to fulfilling her academic goals, Sara also appreciates having “amazing friends and a like-minded community.” “It has been nice to feel at home here and find my soul family,” she said.

“Sara combines two wonderful characteristics,” said John Collins, instructor of sustainable living. “She has deep commitment to improving people’s treatment of each other and the environment; she also has a persistent drive to really get results. We’re looking forward to seeing her great successes.”

Sara was looking forward to learning the Transcendental Meditation® technique, and she has been pleased with the results. “TM has

smoothed out my emotions, so I feel more balanced,” she said. “I have more patience with myself and others.”

Sara is graduating this June and hopes to employ her enthusiasm for community and environmental activism by working for an organization in Hawaii. “I want to help people improve their lives and empower them to fight for what they need,” she said.